Turn off the PlayStation for a few hours and watch this

While we might still think of video games as a young medium, but the first arcade video game actually appeared in 1971, and the history of games goes all the way back to the 1950s.

That is a long and storied history that deserves to be chronicled - and that's where Netflix comes in.

The streaming service has just added their latest original docuseries High Score, which "traces the history of classic video games, featuring insights from the innovators who brought these worlds and characters to life."

The six-episode series covers some of the biggest titles and moments in the evolution of games. The first episode focuses on early arcade hits like Pac Man and Space Invaders, and the infamous video games crash of the 1980s.

There are also instalments of High Score dedicated to the origins of Nintendo, the evolution of RPGs, the early 1990s console wars, the history of fighting games, and the beginnings of 3D gaming.


It is also a very slickly produced show, featuring a gorgeous 16-bit inspired animated opening title sequence, music by chiptune artist Power Glover, and best of all, it is narrated by Charles Martinet, the voice of Super Mario. 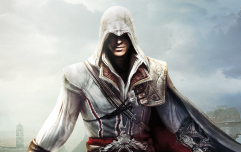 END_OF_DOCUMENT_TOKEN_TO_BE_REPLACED

High Score follows in the wake of several other great video game documentaries that are definitely worth checking out.

The undisputed champion is King Of Kong, detailing the incredible battle to hold the world record high score for the original Donkey Kong, between loveable everyman Steve Wiebe and hot sauce magnate and IRL-Will-Ferrell-character Billy Mitchell. It is a movie as tense as any sports drama, and features a hilarious cast of colourful supporting characters.

Other games documentaries worth checking out include Atari: Game Over, which goes in search of the famous legend that thousands of Atari cartridges were buried in the New Mexico desert following the great video game crash of the 198s; and Indie Game, following the tiny development teams of indie hits Fez, Braid, and Super Meat Boy, and the struggles they face to put their visions into the world.

You may also like
Entertainment
Full trailer for The Crown season four shows Gillian Anderson as Margaret Thatcher
Film
The best films to stream on Netflix and Amazon this weekend
Entertainment
PlayStation 5 remote control has Netflix, Disney+ and Spotify buttons
Television
The Haunting of Bly Manor star revealed as the voice of Peppa Pig
Television
The accents in The Haunting of Bly Manor are driving people insane
Next Page