The beta version of Mario Kart mobile has finally been released to Android users in the US and Japan. Here are the first images from actual gameplay. 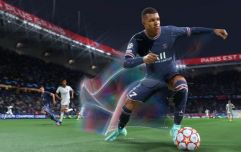 END_OF_DOCUMENT_TOKEN_TO_BE_REPLACED

The game has faced long delays since being announced all the way back in January 2018 and there is still no firm date set for its UK release. That being said, a few months ago Nintendo claimed it would be with us by Summer 2019.

According to Nintendo Life, the smartphone version of one of their most iconic games sees players control their kart by swiping on the touch screen, with acceleration handled automatically.

The game is played vertically and appears to feature a selection of retro tracks that will be sure to please loyal fans - although is no sign of Rainbow Road just yet.

Here are the images that have been released so far:

popular
Here we go again - the government says book your Xmas party. What's 'Plan B'?
Gordon Ramsay's daughter Tilly calls out radio host for 'fat shaming' her live on air
Matt Lucas hits back at outrage over 'offensive' Bake Off German accent
Mum who drove into Insulate Britain in rage says 'I just gave them a nudge'
FIFA to look at preventing teams from competing in consecutive World Cups
Watford staff unhappy with Ben Foster's commitment to vlogging on club time
Passengers who allegedly filmed rape of woman on train unlikely to be charged
You may also like
Entertainment
Call of Duty announce new anti-cheat system, 'RICOCHET'
Entertainment
New interactive battle royale is Black Mirror meets Squid Game
Sponsored
Everything you need to take your streaming set-up to the next level
News
Rockstar Games announce 'Grand Theft Auto The Trilogy - The Definitive Edition'
News
EA Sports hint at potential name change for FIFA series
Next Page