As the UK's number one ranked CrossFit competitor, Zack George knows a thing or two about hitting the gym

George is widely regarded as Britain's fittest man, and is currently in training for the upcoming Games. In the run up to his next competition, George has shared his advice to help you get in the shape of your life - both physically and mentally.

Setting a goal is the easy part, regardless of your fitness goal. Achieving it is something else entirely. Zack says two particular approaches have helped him hit his targets.

"I use a goals board, and benefit from having a good support network around me", he said.

"I can't stress how effective it is to have a goals board at home. Even when you're not paying attention, sub-consciously, you are still reminding yourself of what you want to achieve and how you are going to do it."

How to stay motivated when you can't be bothered


Despite competing at the very elite level, George realises you're not going to feel motivated all the time. His advice for pushing through when you don't feel like it is simple: get it done. 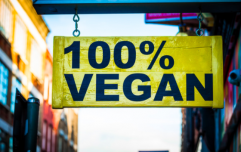 How going vegan helped this woman get into incredible shape

END_OF_DOCUMENT_TOKEN_TO_BE_REPLACED

"If anyone says they're switched on every day and always super motivated, they're either lying or just superhuman.

"There are some days when I literally cannot be arsed. I'll go into training and suggest we play table tennis, but then others in my gym push me through it. It also helps to have a clear plan in place."

Many people make the mistake of walking into the gym without a structured workout plan. Putting one in place means that, even when you can't be bothered, you know what you've got to do.

Zack has followed a structured workout plan for six to seven years, and it's helped him become the number one CrossFit athlete in the UK.

On days which do require a lot of mental focus, such as max lift testing, George will scale it back if he doesn't feel up to it.


"If I need to test my one rep maxes out but I don't feel like it, I'll still get something done, so instead it might be steady state cardio intervals."

The hardest workout in history, according to Britain's fittest man

It runs in four minute cycles, for 40 minutes in total.

Getting anywhere near 20 calories on each machine will take the majority of one minute to complete.

It may look straightforward, but don't be fooled. Britain's fittest man George attempted this a few years ago, and said it absolutely annihilated him.

"I had to take three minutes out at one point, I was absolutely gassed", he said.


When should you take rest days? 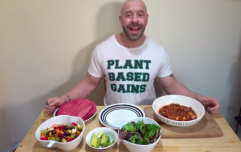 END_OF_DOCUMENT_TOKEN_TO_BE_REPLACED

"It's all about listening to your body", George says.

Your training volume, and the number of sessions you complete each week, should be based on your training experience.

George trains twice a day, six days a week. This may be more than most people can handle, but let's break it down anyway:

Those are just the morning sessions. Each evening, George does Olympic lifting and gymnastics.


That may be too much volume for someone with less training experience. Following such a high-intensity plan could lead to overtraining, to the point where you can't recover.

If you're new to lifting weights, George recommends a maximum of four to five sessions a week.

What are the signs of overtraining?

Typically, signs you're overdoing it in the gym are:

This is when you should probably take a step back or two.

As George says, you shouldn't blindly follow someone's workout programme. This is particularly important when it comes to social media.

"Run your own race", Zack says.

"Don't just copy what you see on Instagram. It's fine to follow people for motivation, but don't completely copy someone's routine, or compare yourself to them."

To find out more about Zack, visit the Myprotein blog here.