Fair play to the lad.

By now you will likely be aware of Mason Ramsey, AKA L'il Hank Williams, AKA the Walmart Yodel Kid, the young singer-songwriter who gained fame after being recorded singing Lovesick Blues in a Walmart store.

The video, a hypnotic trip into country music which sees the young man tap his feet and retract his neck as he bellows out the tune in the middle of an aisle, is likely the meme of the year and has seen numerous copycats try and fail to better it. It simply cannot be done.

What followed for Ramsey was a whirlwind of promotion, appearing on The Ellen Show and even being brought out on stage at Coachella and meeting Justin Beiber. 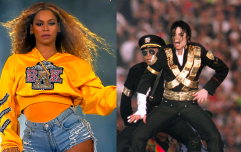 Is it finally time to acknowledge Beyoncé is better than Michael Jackson?

END_OF_DOCUMENT_TOKEN_TO_BE_REPLACED

He's hit the highs - of that there is no doubt - but it now seems that the 11-year-old has reached the stage in his career where he is reflective of his success, and questioning the concept of fame as an end to itself.

What good is fame without love? Is being a well-known name enough, or is there more to life? These are all questions that the young man is asking in his new track Famous and his answer is a resounding "no".

Before we watch, we ask you to put your pessimism to one side and enjoy what is a surprisingly enjoyable tune. Fair play Mason, keep this up and Limmy might declare Famous the sound of the summer.