Keanu Reeves has cemented his position as the nicest celebrity in Hollywood, by indulging a young fan at an airport whose questions just kept on coming. 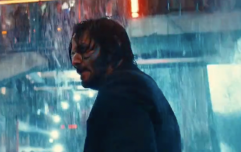 END_OF_DOCUMENT_TOKEN_TO_BE_REPLACED

Reeves, famous for donating big chunks of cash to charity and lavishing expensive gifts on the set of his movies, was captured displaying A-list humility and kindness while at the baggage carousel by TV producer Andrew Kimmel.

Having got off a London-New York flight, the Matrix star was asked for an autograph by a young fan who then proceeded to grill him on, well, a lot of things.

For starters, why he had been in London, how long he would be in New York and what was he doing there. 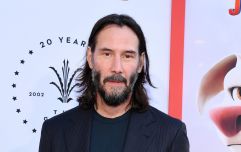 Move over Robert Pattinson, Keanu Reeves wants to suit up as Batman

END_OF_DOCUMENT_TOKEN_TO_BE_REPLACED

"Keanu Reeves was on my flight from London to NYC today," he wrote.

"A young boy asked for an autograph at baggage and then began to fire off a series of rapid-fire questions. Keanu happily responded to every single one," Kimmel tweeted, going on to transcribe the entire back-and-fourth.

Kid: Why were you in London?

Kid: I saw online you were at the Grand Prix (pronouncing the x)

KR: Yes, the Grand Prix (in a French accent, without correcting him). F1! Race cars!

Kid: Do you drive?

Kid: How long are you gonna be in New York?

Kid: Where are you staying in NY?
KR: Midtown!

By this time the kid was running out of questions, so Keanu started grilling him 🤣 Why were you in Europe? What galleries did you go to in Paris? What was your favorite?

Kimmel added: "The man could not have been nicer, especially after an international flight. I thought I'd share this because the dude is a class act and little moments like this can make such a big difference in people's lives. We need more Keanus."

Naturally, Kimmel also got a snap with Reeves.

Kimmel's Twitter thread really struck a chord with other users on the platform.

Oh my god, that man is a bloody national treasure.

If there was *ONE* actor I would support having a run for president? It would be *HIM*.

At the same time, I would hate it if he did because it would destroy him.

Reeves won over a new generation of fans with the John Wick franchise but he became widely known in the eighties with cult films like Bill & Ted's Excellent Adventure and Parenthood. Classics like Speed and Point Break cemented his celebrity in the 90s, before the Matrix movies made him a superstar.