Aside from conquering the music world after the release of his brilliant debut album Gang Signs & Prayer, the last 12 months have seen Stormzy's stock continue to rise because the grime artist has lent his support to some very important issues and causes. 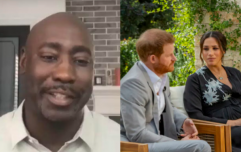 END_OF_DOCUMENT_TOKEN_TO_BE_REPLACED

During his set at Glastonbury, the Londoner demanded answers from the government about Grenfell and prior to going on stage, he spoke out against a Kensington resident who said that she would move out of her flat if the Grenfell residents were relocated to her area.

More recently, he has also supported the U.K's nursing staff by asking the government to lift the pay cap.

Aside from hanging out with Paul Pogba, Louis Theroux, Michael Carrick and Jeremy Corbyn, the Big for Your Boots rapper has also been vocal about about his own battles with depression in the hope that it might reduce the stigma that still surrounds mental illness.

At the GQ Awards, Labour leader Jeremy Corbyn was happy to present Stormzy with the award for solo artist of the year and praised his other contributions.

In a post to his Facebook page, Corbyn said: "Tonight, I was honoured to present Stormzy with the British GQ Solo Artist Of The Year award. This last year we have seen dramatic political events across the world. And against that backdrop we have seen the emergence of incredible, powerful artists. None more so than Stormzy who – instead of signing to a major record label – has used his own label to top the charts and change the face of music in this country. He is one of London’s most inspiring young men, encouraging his listeners to vote, pray and speak openly about mental health. Whether speaking out against racism or supporting the victims of Grenfell, he’s remained true to his roots and committed to his values throughout."

Tonight, I was honoured to present @Stormzy1 with the @BritishGQ Solo Artist Of The Year award. https://t.co/HTYdxdecCB pic.twitter.com/jpKKduMGLc 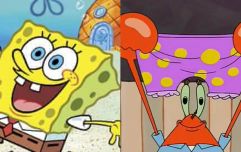 END_OF_DOCUMENT_TOKEN_TO_BE_REPLACED

During the awards ceremony, Stormzy's contributions were being rightfully acknowledged but he still found the time to embrace his inner fanboy.

During the bash, Stormzy got to meet the actress Natalie Dormer, she played Margaery Tyrell in Game of Thrones.

As fans of the show will know, Queen Margaery was one of the shrewdest characters in the Seven Kingdoms and she was only undone by Cersei's explosive plan to blow up the Great Sept of Baelor with wildfire.

In fact, Margaery even tried to warn everyone to flee because she had an inkling of what Cersei had planned.

It's clear that Stormzy is a big fan of House Tyrell because his Snapchat message was a loving homage to Margaery's grandmother, not mum, the beloved Olenna Tyrell.

Further proof that everyone loves the Queen of Thorns.