Stormzy is passionate about this issue.

A few days ago, we brought you the news that victims of the Grenfell Tower fire were being relocated to luxury flats at the Kensington Row development in Kensington and Chelsea. 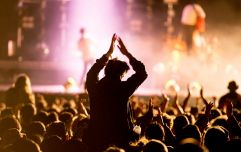 END_OF_DOCUMENT_TOKEN_TO_BE_REPLACED

As stated by the Communities Secretary, Sajid Javid, these 68 apartments were just the beginning because they're committed to rehousing these people "locally as soon as possible, so that they can begin to rebuild their lives. The government will continue to do everything we can as fast as we can to support those affected by this terrible tragedy."

During Shelagh Fogarty's radio show on LBC,  a caller from Kensington said that she would move out of her flat if the Grenfell residents were allowed to move in to this area for free.

The lady named Donna said: "My service charge bill - and it's a low one this year - is £15,500. I would feel really resentful if someone got the same thing for free. I feel sorry for those people but my husband and I work very hard to be able to afford this. And for someone to get it for free, I would move."

After hearing Donna's remark, Fogarty said : "It does sound harsh. You sound hard-hearted. Lucky you that you've got that money and you haven't been burned out of your home."

After seeing this interview, grime artist Stormzy tweeted his response.

Like many other musicians, Stormzy has collaborated on the charity single to raise money for those that were affected by the Grenfell fire.

He also provided a very moving piece of poetry in memory of the victims.

Given the fact that Stormzy is from Croydon, it's clear that this issue is one that he's deeply passionate about.

Stormzy's verse on the Artists for Grenfell single is so moving. pic.twitter.com/2oZHmVGCZb