Idioms vary from country to country

Every country has their own particular expressions, ones which roll off the tongue but sound bizarre, even when explained to people from elsewhere. 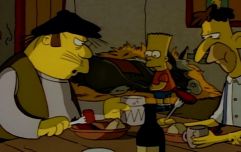 END_OF_DOCUMENT_TOKEN_TO_BE_REPLACED

Britain is no different, and indeed many of us have barely even considered the meaning behind these, so ingrained are they in our national lexicon.

That's why we got a French person to try and learn some British expressions for the first time ever. Unsurprisingly, some made more sense than others.