The man was rushed to the hospital in critical condition

Horrifying CCTV shows the moment a man is hit by a car and then robbed as he lay fighting for his life on the ground. 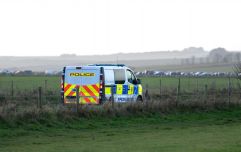 END_OF_DOCUMENT_TOKEN_TO_BE_REPLACED

The unnamed victim, believed to be 39, was walking on 898 East 169th Street in the Bronx on Saturday when he was propelled into the air after being struck by a vehicle.

Two men are then seen exiting the vehicle and emptying the victim's pockets of his belongings.

After returning to the car, the two men and the driver fled "to parts unknown", police said.

The injured man was rushed to Lincoln Hospital in critical condition, reports the New York Post.

A new low-water mark has been set. I do recall something similar in Washington Heights a few months ago. 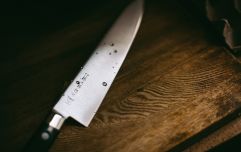 END_OF_DOCUMENT_TOKEN_TO_BE_REPLACED

One of the wanted men is described as having a dark complexion, Afro hair, and of thin build and was least seen wearing black trousers and sneakers and a hoodie. The second man was similarly described, but was wearing light-coloured sweatpants, a black hoodie and sneakers.

A third man stayed in the car during the robbery but was described by police as a "male, dark complexion, thin build, short hair." He was also wearing dark pants and a light-coloured hoodie.

popular
Multiple fatalities after planes collide mid-air over airport
Former Playboy Bunnies detail what it was like having unprotected orgies with Hugh Hefner
Gerard Butler breaks silence after death of 'brother in arms' Darius Danesh
UK city named the 'most dangerous' in Europe, according to study
Incredible case of the only known individual whose parents were two different species
Mum cuts off boyfriend's 'private parts' after he 'tried to rape 14-year-old daughter'
Man gets full sized Stella tattoo on his head because he loves the drink that much
You may also like
Crime
Woman arrested for murder after inmate dies following visitation kiss
News
Knifeman spotted fleeing scene after OAP busker is killed
Life
Mum gives 5-year-old son at-home drills with backpack to prepare him for school shooting
Life
Human remains found in suitcase bought at auction
Entertainment
Ezra Miller finally speaks out over controversies: 'I am suffering complex mental health issues'
Next Page