Dani Dyer's boyfriend, Sammy Kimmence, has been sentenced to three and a half years in jail after scamming two pensioners out of £34k. 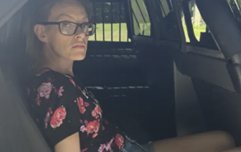 END_OF_DOCUMENT_TOKEN_TO_BE_REPLACED

The 25-year-old was sentenced as the court heard that his scam left an RAF veteran ‘living on the breadline’ after losing his life savings.

Kimmence wept in court as his sentence of 42 months in prison was read.

The 25-year-old scammed Peter Martin, 90, and Peter Haynes, 80, after persuading the pensioners to allow him to invest their money for them. Back in April, Kimmence pleaded not guilty to all the charges but later changed his plea.

The court heard Kimmence used one of his victims' bank cards to withdraw more than £1,200 for himself and also racked up credit card charges of more than £1,300.

END_OF_DOCUMENT_TOKEN_TO_BE_REPLACED

Dyer, known for her time in Love Island, got back together with Kimmence after leaving the Villa. She had previously dated him, but their relationship ended after a series of rows.

Kimmence also admitted to getting Mr Martin to transfer him £22,912 on one occasion and £400 on another. He conned Mr Haynes in a similar way out of £7,927. Mr Martin died late last year, while Mr Haynes has Alzheimer's.

"He is a relatively young man of previous good character; the offences go back into his late teenage years," said the defence.

"This is a case that crosses the custodial threshold but might be within a range which I argue could be suspended.

"Quite a lot has gone into this young man's life in the last few years. He is seeking to reimburse the losses he has caused."

Dyer, the daughter of the actor by the same name, and Kimmence welcomed their first baby this year.

Kimmence's defence said that his client had saved up £10,000 to repay his victims, and had lost a job as a City trader because of the legal proceedings against him.

popular
Incredible case of the only known individual whose parents were two different species
Time traveller’ claims to know exact date Queen will die
TikTokers are utterly convinced there is a secret zombie apocalypse going on in China right now
Women need to be dating men 10 years older than them, says relationship coach
Jealous man glued wife's vagina shut as he caught her cheating with four men
The Gambia tells UK grandmothers to find their toy boys from somewhere else
Darius Danesh opened up about his health struggles before his tragic death aged 41
You may also like
News
Knifeman spotted fleeing scene after OAP busker is killed
Entertainment
Ezra Miller finally speaks out over controversies: 'I am suffering complex mental health issues'
News
Prisoner subjected to 'three hours of pain' in possible longest recorded execution in US
Entertainment
Amber Heard's lawyer Elaine Bredehoft steps down from representing actor
News
OnlyFans model accused of murdering boyfriend could spend life in prison
Next Page