Guinness to launch alcohol-free Guinness 0.0 in the UK this month

It’s Guinness alright, but not as you know it…

Guinness has announced the launch of a new alcohol-free version of the famous drink, which will be called Guinness 0.0.

The new drink comes with the slogan ‘The Guinness with everything, except alcohol’, and claims to boast the same “beautifully smooth taste, perfectly balanced flavour, and unique dark colour of Guinness, without the alcohol”.

The launch comes after a four-year process led by the technical and innovation teams at St. James’s Gate in Dublin, with Guinness saying that a commitment to retaining the distinct character and taste of Guinness was central to the development of the drink.

The cold filtration process, Guinness says, allows the alcohol to be filtered out without presenting thermal stress to the beer, protecting the integrity of its taste and character. Flavours are then balanced and blended in an attempt to ensure the distinctive flavour profile and taste characteristics of the famous original.

Of the end product, Guinness says it is a stout that is “unmistakably Guinness, featuring the same dark, ruby red liquid and creamy head, hints of chocolate and coffee, smoothly balanced with bitter, sweet, and roasted notes”. 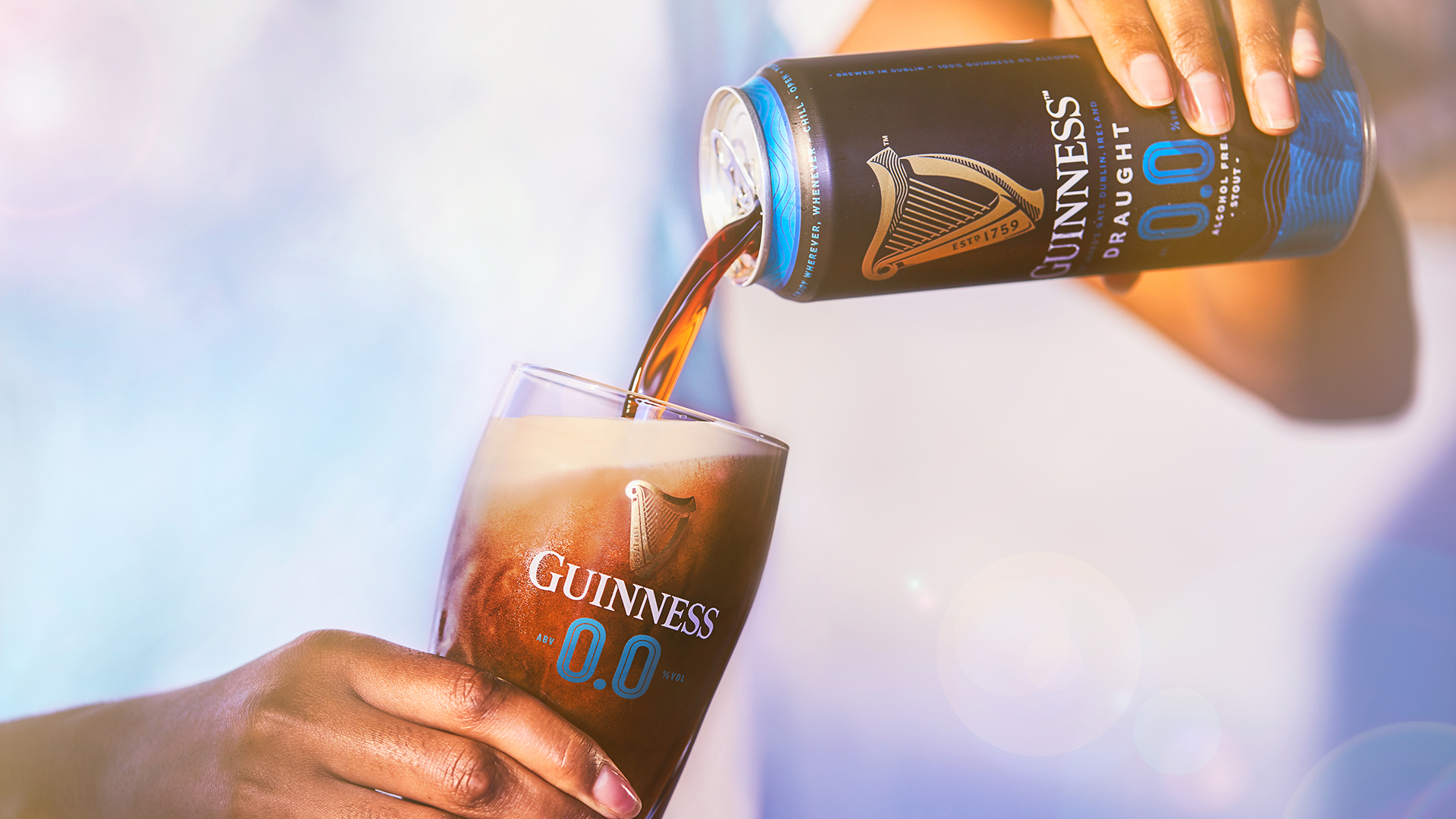 Taste tests by an independent panel found that Guinness 0.0 “exceeded expectations” and its taste was lauded as “outstanding”.

Guinness 0.0 will be rolled out in Ireland and the UK and will be available in 500ml can format in off-licences and supermarkets from November 2020 at a RRP of between £3.50 and £4.50 for a pack of four.

It will be available in pubs across Great Britain from Spring 2021 and available in more markets throughout the world later in 2021.

Commenting on the launch of Guinness 0.0, Gráinne Wafer, Global Brand Director, Guinness said: “This is an exceptional day for Guinness, as we finally reveal Guinness 0.0. The launch of Guinness 0.0 highlights our long-held commitment to innovation, experimentation, and bravery in brewing, harnessing the power of our brewers and our ingredients, to create an alcohol-free beer that is 100% Guinness but 0% alcohol.

“We know people want to be able to enjoy a Guinness when they choose not to drink alcohol without compromising on taste, and with Guinness 0.0 we believe they will be able to do exactly that.”