David Attenborough is obvs at the top of their queue

Monkeys in a zoo have been given access to a "primate version" of Spotify and Netflix as part of a research project. 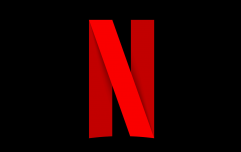 END_OF_DOCUMENT_TOKEN_TO_BE_REPLACED

Researchers at Glasgow University have designed a "monkey media player" which allows the animals to interact with various visual and audio stimuli. Researchers hope to mimic stimulus in the wild that assists with cognitive function.

Scientists are currently trialling the tech on a group of three white-faced saki monkeys at Korkeasaari Zoo in Helsinki, Finland, reports Metro. 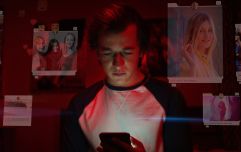 END_OF_DOCUMENT_TOKEN_TO_BE_REPLACED

A small screen was placed in a wood and plastic tunnel inside the enclosure of saki monkeys for 32 days. The animals would trigger the video or sound by walking through infra-red beams, at which point it was up to the monkey as to whether they interacted further.

The array of stimuli included rain sounds, music, traffic noises, videos of worms, underwater scenes and abstract colours and shapes. It's not quite The Witcher - but one step at a time.

Once triggered, the device would record interactions, with most monkeys paying attention to the screen for just a few seconds. Over the course of the trial, researchers found that interactions with the screens dropped over time.

However, they did enjoy visual stimuli more than audio.

"We've been working with Korkeasaari Zoo for several years now to learn more about how white-faced sakis might benefit from computer systems designed specifically for them," said lead researcher Dr Ilyena Hirskyj-Douglas.

"Previously, we have explored how they interacted with video content and audio content, but this is the first time we've given the option to choose between the two."

Hirskyj-Douglas argued that a "number of questions" have been raised from their findings but further research is needed to "determine whether the short interactions were simply part of their typical behaviour, or reflective of their level of interest in the system."

She added: "Similarly, their varying levels of interaction over time could be reflective of how engaging they found the content, or simply that they were becoming habituated to the tunnel's presence in their enclosure."