The French Rugby Federation made the announcement today

Transgender women will now be allowed to play women's rugby in France from next season after a recent vote. 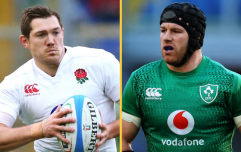 END_OF_DOCUMENT_TOKEN_TO_BE_REPLACED

The FFR announced the news on Monday after the board voted 'unanimously' in favour of the rule, Rugby Pass reports. As a result it has become the first national sports federation in France to allow trans women to take part in elite sport.

The federation has said that transgender women "must certify that they have been on hormonal treatment for at least 12 months" and "must not exceed the testosterone threshold of 5 nanomole/litre" in order to compete. This means that trans women still transitioning will be allowed to play women's rugby.

Last year, World Rugby said that after months of research, it had concluded that "safety and fairness cannot presently be assured for women competing against trans women in contact rugby."

However, these guidelines did allow national federations to put in place their own grassroots policies.

"The FFR is against all forms of discrimination and works daily to ensure that everyone can exercise their free will in rugby without constraint."

In October 2020, the Rugby Football Union (RFU) announced that it would still allow trans women to play women's rugby at all non-international levels of the game in England. 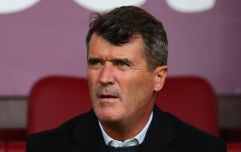 END_OF_DOCUMENT_TOKEN_TO_BE_REPLACED

The RFU said that it "believes further scientific evidence is required alongside detailed consideration of less restrictive measures in relation to the eligibility of transgender players."

The organisation added that it was "committed to LGBTQ+ inclusion as well as safety and fairness across all levels of the game."