Naomi Osaka's withdrawal from the French Open raises questions about whether we really need the post-match interview.

Five substitute rule in football to be made permanent

END_OF_DOCUMENT_TOKEN_TO_BE_REPLACED

She is alongside the likes of Messi and Ronaldo, LeBron James, Lewis Hamilton, Virat Kohli, make no mistake about it. And she uses her platform. In 2019 and 2020 she featured in Time's annual list of the 100 most influential people in the world, and last year was named Sports Illustrated Sportsperson of the Year.

During her US Open run last year she used her matches to showcase support for the Black Lives Matter movement. She wore a different face mask before each of her seven matches at the tournament, with each mask honouring a different Black victim of police violence or a racist attack. She is carrying the torch of the likes of fellow-tennis great Serena Williams in that she is outspoken, strong-willed and not afraid to break the mould. The past week has proven this yet again.

Before the start of the French Open on 30 May, Osaka announced that she would not be taking part in any media duties after her matches, citing the impact of news conferences after matches on the mental health of players.

The four-time Grand Slam champion said that expecting players to answer questions after a defeat was like "kicking a person while they're down."

Osaka said: "I've often felt that people have no regard for athletes' mental health and this rings true whenever I see a press conference or partake in one.

The debate was so fierce as a result of Osaka's decision that it forced her to make the decision to withdraw from the tournament, despite having comfortably won her first round match. She was uncomfortable at the fact that the focus was on her and not the tournament, and opened up about her struggles with depression and her difficulty in dealing with the media. 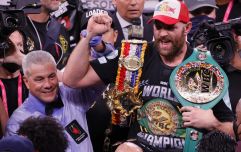 Eddie Hearn: Tyson Fury versus Dillian Whyte set to be announced next month

END_OF_DOCUMENT_TOKEN_TO_BE_REPLACED

Many, including big name tennis players such as Novak Djokovic, Rafael Nadal, and women's world number one Ashleigh Barty were not so sure, acknowledging that the media plays a huge part in their careers and without television, radio and newspapers, tennis wouldn't be as successful as it is.

However, even the more sceptical out there agreed on one thing: press conferences after games are unenjoyable.

Djokovic said that they can be "very unpleasant"; Barty said that they are sometimes "hard of course"; British number one Johanna Konta admitted that she has been asked some "tricky questions in the past that haven't exactly made me feel incredibly good about myself."

And it raises a question for all of sport: does anyone actually enjoy post-match press?

Sports stars are given a huge amount of media training and know that the vast majority of the time they are not able to say what they truly think. Yet after every match they are asked the same things. The sportspeople don't enjoy it at the best of times. But can you imagine answering questions after a defeat?

In tennis, the players must face the media in the half hour after a game. There have been press conferences after games where players have had to eat during them because the match has finished so late. In the men's game, players will sometimes have just lost a four or five-hour, five-set epic and then have to sit in front of a room of journalists and tell them how they feel. And they can't just say "like shit."

The media know this as well. They know they aren't going to get an interesting answer, but just another cliche about the better player winning and it being a bitter pill to swallow.

Fans know this too. No one is watching these press conferences, no one is searching out the answers a player gave, and no one cares.

Should sportspeople be forced to do post-match interviews?

Tennis has got to be one of the worst possible sports to face the media after a defeat as well.

In a team sport, the more confident media personalities can face the cameras, answer questions on behalf of the team. The person answering questions almost always knows that the defeat was not exclusively their fault, even if they're the captain or manager.

But in an individual sport? It's just you. No one else has lost that match, only you. No matter which way you spin it, you are to blame, you weren't good enough. And now you've got to sit in front of a room of journalists who can not possibly understand the emotions you're feeling, and will give their opinions on your performance despite not possessing a fraction of the sporting talent you do.

Venus Williams addressed this very point, when asked how she deals with difficult press conferences.

Venus Williams said your insults can’t reach me because you’re not at my level😂🔥pic.twitter.com/z6vGdIAJB5

So the question is, if the players usually hate these conferences, the fans don't care about them, and the journalists know pretty much what answers they're going to get, why does the media think it has some sort of divine right to kick players while they're down and question them when at their most vulnerable?

When Osaka made her announcement, some said that the issue this will raise is that many players will now use the same reason to avoid post-match media duties as well, just because they don't fancy it as opposed to genuinely struggling in dealing with them.

To that I say: so what? Players would surely still be willing to face the media after wins and these conferences are often much more interesting, with players more willing to open up and talk, riding the high of victory. I'd much rather hear what a player who has just won his first Grand Slam has to say than the poor person whose heart they've just broken.

I'd like to think that most of us aren't sadistic enough to actually enjoy watching players sometimes genuinely struggle not to break down in tears during post-match questioning.

The mindset needs to change. A player giving up their time after a gruelling match, whether that's on a football pitch, a tennis court or even a snooker table, should be seen as a privilege and not an expectation.

If players had a genuine choice as to when they face the media after a match, the conferences would be more entertaining, more interesting, and better for player welfare. Let's focus on quality no quantity.