Terry Butcher: "There's a passion to England v Scotland that can't be removed"

The question doesn't even hang in the air; it is understood, digested and spat out in the blink of an eye.

Having played and managed in Scotland and served as national team assistant manager, Terry Butcher knew that the blood he famously shed for England would not make him immune to being asked if his loyalties will be divided when hostilities are renewed at Wembley on Friday. His answer mixed diplomacy and brutality but no one should be any doubt which side he is on.

END_OF_DOCUMENT_TOKEN_TO_BE_REPLACED

“Listen, there are a lot of good people in the Scotland set-up who were there when I was assistant to George Burley and there are players in the squad who I know well.” Butcher says. “So of course I want Scotland to do well. That shouldn't be in question. But I don't want them to do well on Friday. I want an England win and nothing else.”

In truth, the response was only to be expected. As a player at Glasgow Rangers, the England vs Scotland rivalry was entrenched in a squad split between players drawn from both countries and Butcher was never slow in showing which side of the divide he was on.

“We played Scotland twice when I was at Rangers, in 1987 and 1989, and the build up was unbelievably intense. That was a great dressing room with great characters, players who stood shoulder to shoulder with me in so many games, but when it came to England versus Scotland you had to nail your colours to the mast.

“For me, that meant wearing a white shirt with three lions on every day in training. On the Friday we would have a game which started off as being England versus Scotland but ended up being England versus the rest of the world and those matches would be more fierce than some of the league games we were playing. No-one would give an inch. Every tackle, every header and every loose ball had to be won. England always had a bit of an advantage though. Graeme Souness (the manager) would play for us because he always thought that he was English. 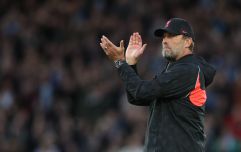 END_OF_DOCUMENT_TOKEN_TO_BE_REPLACED

“The banter would flow. Honestly, the smallest thing would be seized on by either side. The likes of Ally McCoist, Davie Cooper and Ian Durrant would be after the English lads and we'd be after them. It was merciless and what it made you realise going into games against Scotland was that you dare not lose. There was no way as an England player that you'd want to go back into that kind of environment having lost. That didn't even bear thinking about.”

Fortunately for Butcher, he was on the losing side against Scotland just once in six games, a statistic that he remains proud of to this day. For those who believe the fixture has lost a great deal of its lustre having long since stopped being an annual event and with the football fortunes of both nations in decline, Butcher's argument that it matters just as much as ever might not change their minds but the passion it is delivered with should at least provide food for thought. 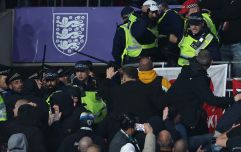 END_OF_DOCUMENT_TOKEN_TO_BE_REPLACED

“It's England vs Scotland,” he says as if merely naming the combatants lends the fixture a gravitas that few other international fixtures could match. “Of course it matters. In some ways you could argue that because it's played less frequently, it matters more. If you lose but there's going to be another game in a year or two you know you've got a chance to get some revenge. But it happens so infrequently these days that this might be the only time that some of these players will play against one another for their countries. When that's the case you certainly don't want to be on the losing side.

“It is a derby when it comes down to it. It has that intensity and that ferocity and I'm sure that's the kind of spirit that the game will be played in on Friday, especially as it's a competitive fixture and not a friendly. I've got no doubt that everyone in the ground on Friday, on and off the pitch, will be giving their all. I was lucky enough to play in Old Firm games against Celtic and the atmosphere in those was never anything short of incredible and there were games that I played against Scotland when the noise was just as loud if not louder. There is a passion to this rivalry that can't be removed. It's always been there and always will be.”

One thing that Butcher is prepared to concede is that neither team goes into Friday's game in vintage form or anything close to it.

“Obviously England are coming off the back of a poor tournament at the European Championships and there's been a bit of uncertainty about the manager's position so they will know that they need to improve and a win over Scotland would definitely be a step in the right direction. From Scotland's point of view, they're under pressure because of recent results and they need to pick up points sooner rather than later because if not qualification for the World Cup could get away from them again.

“There's obviously a lot of talk about the state of Scottish football at the moment and I'm in agreement with those who argue that the quality and strength in depth is not what it once was or what it needs to be. But that doesn't mean the talent pool has run dry. There is now more emphasis on young players which is a good thing and hopefully that will bear fruit in the years to come but even now the current squad has a number of players who play regularly in the Premier League, the likes of James Morrison, Darren Fletcher, James McArthur and so on, so there is quality. They just have to show it more regularly.”

Each of the 77 international caps that Butcher won for England are precious to him but the sense that the ones he was awarded for playing against Scotland mean more than most of the others is inescapable.

“It was a game that mattered to me before I even played in it,” the former Ipswich Town player admits. “Kevin Beattie was my hero and I can remember him scoring the second goal for England in a 5-1 win over Scotland. That was a special moment.

“I took that feeling into the games I played against them and I was lucky enough to set a goal up for Bryan Robson in 1983 and to score one myself in 1986. Moments like that are career highlights. To make a difference in games like that really mattered. You knew that you could look yourself in the mirror afterwards and that you could feel proud of what you had done because you had helped your country against their rivals.

“It wasn't nice when things went against you. It only happened to me once but I can remember arriving back at Heathrow Airport and collecting my bags after the game that we lost and I couldn't look people in the eye because I knew they'd be thinking that we'd let them down. The players who will be involved on Friday won't want that feeling I can tell them that.”

Turning his thoughts to those players, Butcher is hoping that two members of the England squad who are under most scrutiny are able to display their quality in the white heat of an international derby.

“With Dele Alli out I'd like to see Wayne Rooney deployed as a number ten,” he says. “He played there when England beat Scotland 3-1 at Celtic Park a couple of years ago and he was sensational. That's his position for me now. Looking at the defence, it's time for John Stones to step up. He's got so much ability and I can see him being a top international for years to come but like everyone keeps saying about him there are times as a centre back when you just have to defend.

“There don't seem to be too many no nonsense defenders about nowadays but they still need to have the attitude that clean sheets means no defeats. If Stones recognises that he will fulfil his huge potential. I'm not sure England will keep a clean sheet on Friday though because I fancy Scotland to nick a goal.”

But will that be enough to secure victory or at least avoid defeat?

“I don't think so,” says Butcher. “England will win this one. It might be tight and I've got a feeling that it could well be 2-1 but they will win.”

Not that anyone was expecting him to say anything else.

Terry Butcher was speaking on behalf of Ladbrokes, the official bookmaker of England. Watch Terry relive the memories of the oldest international fixture at Ladbrokes.com/OldRivals