"It depends on what you're doing. Do you want an actual boxing match?!"

Many rugby teams use boxing training to build up cardio for their players, as well as hand-eye movement. Sean O'Brien has always enjoyed when the gloves have been thrown his way for a sparring session.

END_OF_DOCUMENT_TOKEN_TO_BE_REPLACED

The Ireland back-row has not done too much of it since moving from Leinster to London Irish, but going for a hip-joint replacement in 2019 meant he did not strap up for a while.

Will Greenwood joined O'Brien and fellow co-host Alex Goode on House of Rugby [LISTEN from 1:35 below] and spoke about his recently published book 'World Class'. A white-collar boxing story from Greenwood, though, got O'Brien taking about the rugby league star he would love to box. 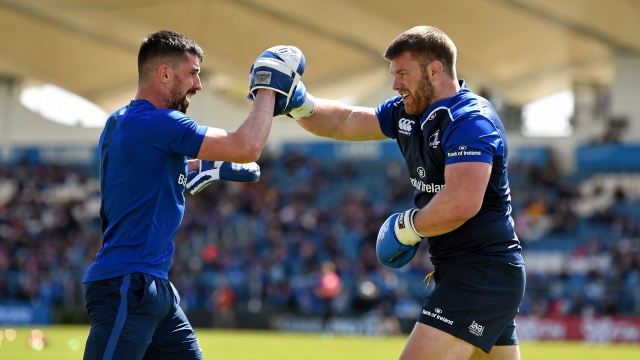 END_OF_DOCUMENT_TOKEN_TO_BE_REPLACED

On the topics of gym sessions and work-outs, Will Greenwood and Sean O'Brien touched on common ground as they discussed sparring sessions and boxing.

Alex Goode was quickly in to ask his co-host if there was any rugby union player he would NOT like to box.

"I'd say someone like Ellis Genge," came the reply. "A bit of a brawler, like. I might get him on reach, but it depends on what you're doing. Do you want an actual boxing match?!"

Greenwood, the former England and Lions star, said he refused an offer to take part in a celebrity boxing bout, but he was curious to find out his potential opponent. It was Wendell Sailor. 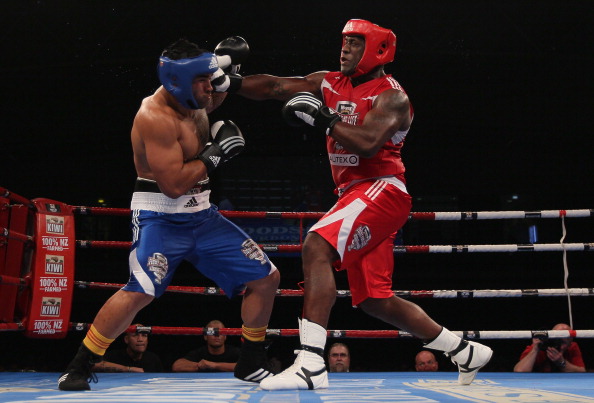 Wendell Sailor (right) punches former All Blacks flanker Liam Messam during the Fight For Life League vs Union Night at The Trusts Stadium, in Auckland, back in 2011. (Photo by Sandra Mu/Getty Images)

While Sean O'Brien would steer clear of Sailor, a cross-code rugby star and former Wallaby, there is one league stalwart he would like to test himself against.

He invoked scenes from one of his favourite movies, the Guy Ritchie-directed 'Snatch', too.

"Do you know who I would like to fight, though?" O'Brien began.

"Paul Gallen, the rugby league guy. He's fought a few fights and is pretty good. I've watched him on YouTube. I wouldn't mind having a crack off him.

"The likes of Snatch would be more my style of fighting - Brad Pitt, like. Get in amongst a few bales of hay and pallets. Let fly!"

"You had a very different sort of upbringing, didn't you?" Greenwood joked as Goode's face turned ash-white.

"I don't even want to think about boxing," the Saracens star replied. "Too tough for me!"

Paul Gallen played rugby league in Australia for 18 years, retiring in 2019, but his pro boxing career began in 2011. He has defeated former UFC star Mark Hunt in the ring, as well as New Zealand rugby stars Liam Messam and Hikawera Elliot.

popular
Jeremy Kyle's security guard Big Steve is now on Drag Race
FBI release findings of Rust investigation after shooting of Halyna Hutchins
Landlord faces £40k fine after tenant puts swimming pool on roof of flats
The reason why Nottingham Forest don't have a sponsor on their shirt
Comedian cancelled after ‘getting his penis out on stage’ during Edinburgh Fringe Festival
Tyrone Mings hits back at Graeme Souness for 'weird' article
Lisa Kudrow hits back at fans complaining about lack of diversity in Friends
You may also like
Sport
Tyrone Mings hits back at Graeme Souness for 'weird' article
Sport
Neymar appears to like social media posts calling out Kylian Mbappé
Sport
Kylian Mbappé slammed for 'shocking attitude' in PSG's win against Montpellier
Sport
Dana White claims UFC fans who illegally streamed fights have been 'f****** smashed'
Sport
M.U.S.T release statement after embarrassing Brentford defeat
Next Page