Many people have labelled Pimblett the 'Scouse McGregor'

Since his hugely impressive UFC debut win on September 4, comparisons have been made between Paddy The Baddy Pimblett and Conor McGregor. 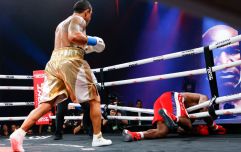 END_OF_DOCUMENT_TOKEN_TO_BE_REPLACED

Now, the Liverpudlian has responded.

The 26-year-old scored a sensational first-round knockout victory over Luigi Vendramini on the Brunson-Till undercard at UFC Fight Night, having twice turned down Dana White's promotion in the past.

A blistering start to life in the octagon coupled with his acerbic, outspoken persona drew inevitable comparisons with McGregor.

Pimblett has also contributed to the debate himself, mainly by sharing memes on social media.

One in particular seemed to imply that Dana White would treat the Liverpudlian's rise up the ranks in the same fervent manner as he did McGregor's some seven years ago.

A post shared by Paddy The Baddy Pimblett (@paddythebaddyufc) 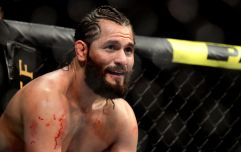 END_OF_DOCUMENT_TOKEN_TO_BE_REPLACED

When asked explicitly by JOE what he makes of comparisons between himself and McGregor, Pimblett said:

"It's obviously nice to be compared to the biggest name the sport's ever seen.

"You can understand why people are doing it, because of our personalities and we're very polarising. You either like us or you hate us, we come from Cage Warriors, we both had the featherweight belt but me and Conor are two different entities altogether. Just completely different."

Pimblett turned down the UFC in 2016 and 2018, and continued to fight for Cage Warriors. He claims he was paid more by Cage Warriors than he was for his UFC debut, even earning enough to buy new homes for himself and his mother.

McGregor was on the books of Cage Warriors up until he signed with the UFC in 2013.

"The government tried to manage decline of my city. Scousers fight back against the establishment and it's what we'll always do."

This is why people from Liverpool are as hard as nails, according to UFC star @PaddyTheBaddy pic.twitter.com/uOysUMr42u 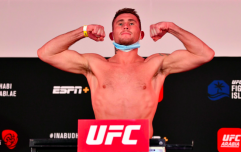 END_OF_DOCUMENT_TOKEN_TO_BE_REPLACED

Despite the obvious similarities, Pimblett drew the line at claims he was simply a regenerated Scouse version of 'The Notorious'.

Pimblett said the two could meet in the octagon at some point in the future, but such a prospect won't happen for a while.

"I think in a few years our paths might cross, but for now there's not really any point in even mentioning us in the same sentence."