Norwich City will mark their return to the Championship with a new retro home kit inspired by the 1980s. 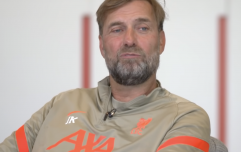 END_OF_DOCUMENT_TOKEN_TO_BE_REPLACED

The Norfolk club, which enjoyed a prolific spell of promotion, silverware, record player signings and cup runs between 1980 and 1992, will look to harness some of that energy through their pin-stripe kit.

The shirt also features our new club crest for the first time in a high-definition woven badge and the shirt fabric is made from 100 per cent recycled polyester.

Supporters will be able to personalise their shirt with new bespoke font, Norwich Weave, which will be worn by City players in the FA Cup and selected pre-season games. 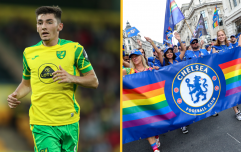 END_OF_DOCUMENT_TOKEN_TO_BE_REPLACED

“Today’s an exciting day as we release our new home kit for the 2022/23 season, which draws inspiration from the 80s but with a modern spin,” said Sam Jeffery, commercial director at Norwich City.

“One of the key reasons we partnered with Joma was to ensure the club retained creative control and to allow us the freedom to deliver bespoke designs, and tailor our launches accordingly.

“We’re excited to see these shirts adorn our players and fans alike throughout the 2022/23 season.”

The home kit will be available in men’s, women’s and junior sizes.

popular
The JOE Friday Pub Quiz: Week 308
Multiple fatalities after planes collide mid-air over airport
Former Playboy Bunnies detail what it was like having unprotected orgies with Hugh Hefner
Carlo Ancelotti confirms Casemiro will join Man United
Incredible case of the only known individual whose parents were two different species
Pilots fly over destination airport at 37,000 feet - because they were both sleeping
Gerard Butler breaks silence after death of 'brother in arms' Darius Danesh
You may also like
Sport
"I cannot believe how Nunez thinks he's going to get away with that!" - Jamie Carragher
Sport
Jurgen Klopp reacted like everyone else to Darwin Nunez headbutt red card
Sport
Gary Neville and Jamie Carragher in full agreement on Man United's worst transfers of post-Fergie era
Sport
Jamie Carragher identifies three Man United players Erik ten Hag can't rely on
News
Graeme Souness 'doesn't regret a word' of 'man's game' comments that sparked sexism row
Next Page