Reuniting with old friends for an indoor kick-about was the catalyst to help Manchester United's Marcus Rashford rediscover his love for football.

END_OF_DOCUMENT_TOKEN_TO_BE_REPLACED

In recent weeks, the forward has struggled to reach the heights he did last season - where he scored 21 goals - and has even been subjected to boos when coming off as a substitute during United's recent win against Aston Villa in the FA Cup.

However, his last two appearances (wins against Brentford and West Ham United) have seen him score in both games, including a last-minute winner in front of the Stretford End at Old Trafford as United triumphed over their old manager, David Moyes.

And the Daily Mail have reported that before Rashford's return to the scoresheet at Brentford, the 24-year-old decided to go back to his humble beginnings to help rediscover his love for the game.

Just as he would during his childhood, Rashford decided to meet up with his friends just down the road from Old Trafford in Wythenshawe for a casual kick-about.

END_OF_DOCUMENT_TOKEN_TO_BE_REPLACED

This sort of activity is probably not advised by the elite medical staff at Premier League clubs, but evidently it can have hugely beneficial outcomes.

The approach clearly has paid off, if Rashford's impact off the bench in recent weeks is anything to go by. Buoyed by a newfound confidence, his performances are slowly reaching the level that earned him a starting place for both club and country in the past.

Following his late heroics, interim boss Ralf Rangnick praised his influence on the team and challenged Rashford to get himself back into the starting XI.

"We have a lot of wingers and outstanding players in that position, and Marcus is one of them," he said. 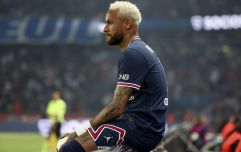 END_OF_DOCUMENT_TOKEN_TO_BE_REPLACED

"Right now, yes, he scored twice in two consecutive games when he came from the bench but, of course, his ambition is to play regularly from the start.

"This is the best way back into the team, and to play from the beginning."

Rashford will hope to feature in the starting line-up for United's next game when they face Middlesbrough in the fourth round of the FA Cup.