Logan Paul isn't of UFC calibre, according to Dana White.

A few years ago, we would have agreed that Logan Paul doesn't have the requisite talent to fight in the UFC. However, the baseline, the absolute rock bottom of skills required took a massive nosedive in recent years.

Here is what White had to say about the possibility of the YouTube star fighting in the UFC someday at the UFC 229 press scrum.

"That guy would get murdered here. He would get hurt badly. If I ever let him fight in the UFC, I should be arrested."

the thought of securing a fight in the @UFC is exciting... could finally use my wrestling background... but i hear some other celebrities/athletes want to catch these hands first? 😂

Here's lookin' at you, Punk

White anticipated the business move he made that people would throw back in his face over these comments.

"Now everyone's going to go, 'You let CM Punk fight in the UFC!'"

Here is what Dana White had to say about the WWE star to TMZ in 2014. The WWE superstar signed a multi-fight deal with the promotion just a few months after this doorstep interview.

"He is a big fan and I like him very much. He's a great dude. I don't know if he can fight or anything like that but sure, I wouldn't mind talking to CM Punk."

END_OF_DOCUMENT_TOKEN_TO_BE_REPLACED

At that time, no one knew what CM Punk was like as a fighter because he had never had a single fight in any discipline. In 2018, Logan Paul had a very high-profile boxing match with fellow YouTuber KSI. You will correctly say, 'White-collar boxing isn't the UFC,' but it is a far better qualification than literally nothing. 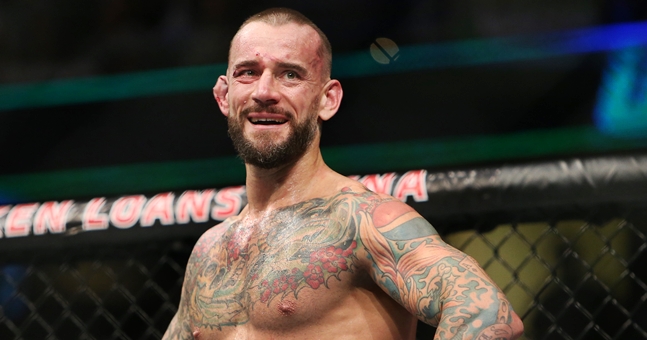 Paul also wrestled at a relatively decent level in high school. When he was around the age of 18, he qualified for the Ohio State Division I State Championships.

Again, decent high school wrestling isn't a sign that someone is going to be good enough to compete in the UFC, but we must emphasise, it is infinitely better than literally nothing!

We know the almighty dollar fueled Punk making his professional fighting debut in the UFC, which makes it even more perplexing why White is taking the high road regarding Logan Paul. At the time of writing, the UFC's most popular video on YouTube is a top 20 knockouts compilation with 87 million views. Comparatively, Paul's most viewed video has more than double that with a staggering 201 million views.

The KSI vs Paul boxing match also generated more PPV sales than any MMA event in 2018 up until that point. Admittedly, it only cost a sixth of your average UFC PPV, but the two YouTubers still drew a lot of eyes to a boxing match that pales in comparison to those at a professional level.

Punk was a rich guy who used his money to take the piss. Paul is clearly looking to take the piss too. However, at least he has some sort of combat training. We don't want to see either inside the Octagon, but if Punk qualifies for the UFC, Paul is overqualified.

If White deserves to be locked up for bringing Logan Paul to the Octagon, he should be slapped with a few consecutive life sentences for facilitating two, count 'em, TWO CM Punk UFC fights.