If it sounds like something from a movie script, you won't be surprised to discover the movie rights to Ben Ryan's story have already been snapped up.

How a 45-year-old from Wimbledon ended up as coach of Olympic gold medallists, with his very own waterfall and his face on Fiji's specially commissioned $7 note is every bit as fascinating as it sounds.

James Haskell and Alex Payne were joined by Sevens coaching royalty, in the form of Ben Ryan, on the latest episode of House of Rugby - JOE's weekly rugby show.

Ryan's background in rugby was in the fully-fledged 15s game but he showed a talent for getting the best out of Sevens sides and ended up coaching England from 2007 until 2012.

A year later, Fiji came calling (on Skype at 4am) and Ryan recalls being asked about the Queen and Jonny Wilkinson.

Immediately after his interview, the chief executive that led the Skype call, was sacked. Two weeks later and Ryan got a call from a +679 number [Fiji]. It was the acting CEO of the Fijian Rugby Union to tell Ryan there was a press conference coming up in 20 minutes. He takes up the tale:

"He said, 'It's to appoint you as the new Sevens coach'." 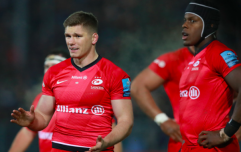 END_OF_DOCUMENT_TOKEN_TO_BE_REPLACED

Ryan says his heart was soaring after the phone call but his 'stomach was doing somersaults'. He called back and accepted the job offer and was told to get to Fiji in four days, and to buy his own plane ticket. He would be reimbursed, he was assured.

"I went over and in the first 48 hours it was like, 'Okay, my boss is the military dictator of the country – Frank Bainimarama – who had his coup. His first coup had been rugby related, actually. He delayed it a day as there was a big rugby match he wanted to watch. Delayed that and then got his AK47 and off he went.

So they were the men calling the shots in the upper echelons of the FRU. He was told there was no money, no sponsors on board and no players were contracted.

Word got through that one of his key players would miss the first couple of days of training as his legs had been "cursed" in a case of local, black magic and he was lying prone in his village. "He was our kicker, so that was difficult," said Ryan.

Ryan was understandably reluctant about his new posting but getting out onto the training ground with his new players gave him an instant burst of enthusiasm, and hope. "They are genuinely happy that you are there and are working hard," he says, "They just needed a little bit of prodding and pushing in the right direction. You just have to be honest with them, and give them a bit of love and consistency."

There is a raw, natural talent and athleticism in Fijian athletes but their sheer size and muscularity has to be honed to get the best results. Ryan started with a fitness test for his assembled squad on day one. When the results came back, he got all the best fitness test scores.


There was serious work to do. The diets would have to change too.

On a Sevens trip to Dubai, Ryan arrived down in the hotel one morning to find one of his players tucking into an odd breakfast - 10 pain-au-chocolats and 10 fried eggs on top. 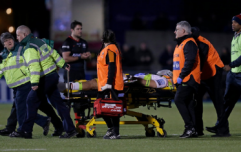 END_OF_DOCUMENT_TOKEN_TO_BE_REPLACED

It was not so much that the player was wilfully choosing whatever the hell he wanted to eat. He just had no real clue about what were the best meals to eat.

"You don't know what you don't know," says Ryan. "They had no nutritional understanding and Fiji is a Third World country, so you eat what you can, when you can."

Despite the bad diets, fitness and organisation, the Fijians were damn good at Sevens rugby. With a bit of structure and a game-plan in place, Fiji won two Sevens tournaments (including Dubai) in his first year in charge. During that year, Ryan went unpaid for four months until the union finally got its act together.

Ryan still had to keep on top of the players regarding their diet. He recalls bribing employees at a petrol station near Fiji's team hotel, before a tournament, not to serve his players anything with sugar if they showed up on the hunt for a quick sugar rush.

At one stage, during a Las Vegas leg of the Sevens World Series, Masivesi Dakuwaqa went to a sports superstore and filled his trolley with clothes and runners. Ryan says:

"We went to the till with, like, hundreds of dollars worth of gear and he got his Fijian dollars out, and was paying with those dollars. And he thought, 'Why can't I pay with dollars? Fiji dollar, American dollar, all the same, isn't it?' 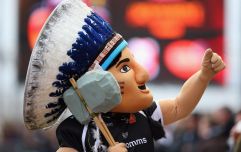 END_OF_DOCUMENT_TOKEN_TO_BE_REPLACED

The exchange rate (as of today) for Fiji and US dollars is not too bad. A Fiji dollar will get you 0.47 US cents' worth. A handful of Fijian dollars won't get you a trolley-full of sports gear, however.

Four more Sevens titles arrived the following year, including the World Series, and another three in 2015/16. Fiji would have entered the Rio Olympics, in 2016, as one of the tournament favourites but it was about dealing with the pressure, expectations and getting his players to peak at the right time.

Players' phones and laptops were banned and the diets were monitored closely, with genuine buy-in from the players. Fiji breezed past Brazil and Argentina in the group stages but were pushed hard by the USA before they reached a quarter-final against another fancied side, New Zealand.

They took out the Kiwis 12-7 then accounted for Japan in the semis. Many were expecting them to face South Africa's 'Blitzbokke' but they were shocked by Great Britain and Ryan would be looking to take down his homeland in the final.


Ahead of that final, Ryan and his players encountered the Team GB squad as they were out in a commissary for a meal. "They were all on their phones and going through their social media. I looked down and thought, 'Well they've won a silver and not lost a gold'. They were distracted."

Whether or not phones and social media lost Team GB that final is up for debate but the innate, scintillating ability of the Fijians certainly played a huge part. Great Britain's players recorded only two successful tackles in the final as Fiji ran amok and won 43-7 for an Olympic gold. Ryan says:

"29-0 at half-time, so then you can really enjoy it and start to remind yourself of that journey. The cyclone we had just gone through that was horrendous. One of the boys had lost his wife [in it]... So to culminate in that victory was just perfect."

Among the rewards for Ryan, after the parties back in Fiji died down, were the awarding of a plot of prime land on the island of Fiji, replete with its own waterfall, and him being anointed as a Chief.

Talk about Ryan in Fiji and they will rave about 'Ratu Peni Rayani Latianara'.

Episode nine sees Alex Payne joined by James Haskell and Ben Ryan to discuss the fairytale story of Fiji's gold medal win at Rio 2016, plates full of pain-au-chocolat and eggs for breakfast, having your very very own waterfall and James' upcoming wedding.


popular
QUIZ: Can you guess the Netflix show from just a single screen shot?
Everything the UK's fittest man eats to stay lean while building muscle
Ben & Jerry's calls out Priti Patel over UK's treatment of migrants
QUIZ: You can't get 10/10 in this extremely frustrating geography quiz
Fantasy Premier League champion stripped of title over allegedly offensive comments
This weight training trick builds 50% more muscle in just eight weeks
UK is now in the deepest recession in history

You may also like
Sport
Ellis Genge on Black Lives Matter and racism in rugby
Sport
Sam Burgess on the 'sabotage' of England's 2015 World Cup
Sport
What does a sports commentator do without any sport?
Fitness & Health
Hitting the gym with Adam Bishop - Britain's Strongest Man
Fitness & Health
Soldier who lost legs in Afghanistan says wheelchair rugby saved his life
Next Page