He's been accused of inciting violence against a police officer

A Cincinnati bar has said that it will not show another NBA game until LeBron James is thrown out the league.

END_OF_DOCUMENT_TOKEN_TO_BE_REPLACED

James, who is arguably the biggest name in basketball and one of the all-time greats of the sport, has been accused by some in recent days of inciting violence against a Columbus, Ohio police officer involved in the death of 16-year-old Ma'Khia Bryant.

Officer Nicholas Reardon was called out to an incident on 20 April in which Bryant appeared to lunge at another female with a knife. Reardon fired four consecutive shots at the 16-year-old, killing her.

In the aftermath of the incident, James tweeted to his 49.6 million followers "You're next," with a sand-timer emoji and the hashtag “accountability” alongside a picture of officer Reardon.

He has since deleted the tweet, saying that it was being used to "create more hate".

I’m so damn tired of seeing Black people killed by police. I took the tweet down because its being used to create more hate -This isn’t about one officer.  it’s about the entire system and they always use our words to create more racism. I am so desperate for more ACCOUNTABILITY 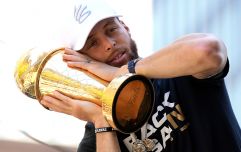 END_OF_DOCUMENT_TOKEN_TO_BE_REPLACED

He also tweeted: "ANGER does [none] of us any good and that includes myself!

"Gathering all the facts and educating does though! My anger still is here for what happened that lil girl. My sympathy for her family and may justice prevail!" 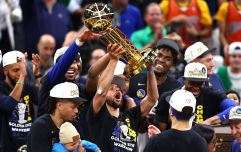 END_OF_DOCUMENT_TOKEN_TO_BE_REPLACED

Since the deleted tweet, the owner of Linne's Pub in Delhi Township has said that the bar will not be showing another NBA game until LeBron has been "expelled" from the competition.

A post on the bar's Facebook page read: "If anyone wants to watch an NBA game, don’t come to Linnie’s Pub.

"We will not air them until LeBron James has been expelled from the NBA."

It doesn't seem like James will be losing much sleep over the bar's ultimatum though. The four-time NBA champion and season MVP replied to the post: "Aww Damn! I was headed there to watch our game tonight and have a drink! Welp."

James is a native of Ohio and in 2016 helped end the Cleveland Cavaliers' championship drought, when they defeated the Golden State Warriors in the NBA Finals.