Spurs have been linked with a £2 million move Andy Carroll, which is yet the latest instance of the Premier League mistreating all our precious, precious big lads up top

Andy Carroll, that ponytailed, penalty-box nuisance who has long since made the racing seats in the dugout at West Ham's London Stadium his very own, has been linked to a surprise move to Tottenham Hotspur in a bid to 'solve' their current striker shortage.

It's like something out of Football Manager, the desperation buy you talk yourself into late one night, bleary eyed, having scrolled the transfer list (sorted low to high) for hours after a spate of torn ACLs and pulled hamstrings leaves your already paper-thin squad decimated, and a potential Champions League run with Preston North End in tatters.

What must Mauricio Pochettino think, having so frequently been linked to the Manchester United job and a club that are willing to spend exorbitant amounts on even modestly talented players, when he knocks on Daniel Levy's door holding his empty Oliver Twist porridge bowl, before being told that £2 million for the Geordie variant Fernando Llorente is all that can be mustered.

Andy Carroll isn't a bad player. In fact, he is quite good, a sort of blunt force trauma from the Middle Ages for modern defences to deal with in the age of pacy, skilful forwards; the slow, unprepared shock of facing a trebuchet instead of an uzi. He is, if not the best aerial player in the league, at least the most relentlessly determined, throwing himself up and about for headers he has no chance of winning like a demented walrus clambering onto an iceberg.

The goal against Sweden at Euro 2012 remains Carroll's monolith, conjured out of nothing thanks to Steven Gerrard's best David Beckham impression and one man's burning, eternal desire to attack footballs with his gleaming adamantine forehead. And that's before mentioning the leap, the closest a Newcastle native has got to leaving the atmosphere since the Angel of the North was erected.


Unfortunately, despite Carroll's earnest, functional charm, the kind that sticks with you despite numerous reported off-field indiscretions, which, if the tabloids are to be believed, includes consuming quantities of lager that are enough to send anyone but Andre the Giant into a coma, we have seen this story before. In fact, there are three age-old tales written in here. 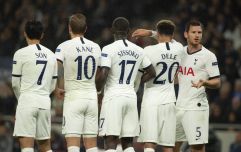 END_OF_DOCUMENT_TOKEN_TO_BE_REPLACED

The first belongs to Carroll himself, and the injury/brief, explosive comeback/oh fuck, injured again-cycle that has seemingly swallowed the vast majority of his career.

The second is that these kind of one last lap of the nightclub transfers never, ever, ever work.

Perhaps the best, and in a way, worst example comes in the form of another ghost from West Ham's past - Julien Faubert.  It is still difficult to believe, but in January 2009 Faubert moved on loan to Real Madrid, yes, that Real Madrid, having stunned the Galacticos hierarchy after notching precisely 0 goals in 27 appearances for the Hammers.

Ostensibly brought in as cover for both Madrid's RM and RB spots, he was exactly that sort of player - a middling winger so uninspiring in the final third that it was quietly but unanimously decided that, in everyone's best interest, he should play 20 yards further back. You know, the same natural phenomenon that took the careers of Victor Moses, Antonio Valencia and my own least favourite but personally nightmarish example, Ahmed Elmohamady.

Having pinched himself over and over again to make sure he wasn't dreaming, Faubert rocked up at the Santiago Bernabéu with every intention of leaving Juande Ramos no choice but to trigger the permanent transfer clause written into the loan deal. Instead, what he did was miss training because "he thought he had a day off" and fall asleep whilst on the bench during a match against Villarreal. He would make two appearances in total.

Which brings me back to Carroll, and the third and final element of this story. It is perhaps the saddest of all.


Linger over the words 'Andy Carroll at Spurs'. They're oxymoronic somehow. One of the quintessentially modern footballing teams, and managers, versus the footballing equivalent of pounding a vending machine with your fist to procure a trapped Snickers. 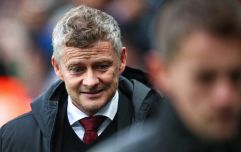 Solskjaer, Pochettino, Silva: Who's next in the Premier League sack race?

END_OF_DOCUMENT_TOKEN_TO_BE_REPLACED

But, for some, it's enough to break out in goosebumps: the thought of Kieran Trippier floating crosses to him at the back post from just past the halfway line, Christian Eriksen finally having a man-giant to pick out with all those in-swinging free-kicks and corners.

There is something to be said for the loss of one of football's most reassuring components, the big man up top™️, all bullet headers and backing into defenders, awkward turning circles and clumsy touches. Anyone can run down the wing, cut inside, and curl one into the top corner from the edge of the box. Not everyone can challenge for 50 hopeless long balls a game against a Tony Pulis centre-back back four and live to tell the tale.

There is still a place both in the Barclays, and in our hearts, for the forgotten target men. It isn't, however, at a club like Spurs, where Carroll would surely come off the bench a few times to replace a false-nine Erik Lamela until Harry Kane returns from injury and then be forgotten about once again, another misfit toy tossed aside by a spoilt child.

The same thing has happened to the wonderful Olivier Giroud at Chelsea and it happened to Christian Benteke before him, back when he was a genuine menace to Premier League defences, before Liverpool bought him simply to stop the regular vaporisation of Martin Skrtel every time Aston Villa rocked up at Anfield.

It has happened to Carroll himself before, of course. He will know better than anyone what it's like to be a lumbering dinosaur watching the earth freeze around him.

The transfer in question is just a rumour, but it is left-field enough that you suspect there must be some element of truth around it. It shouldn't happen, but it might. But nobody wants this: not Mauricio Pochettino, not Fernando Llorente, not Daniel Levy (only this moment realising Andy Carroll gets paid £70,000 a week) and certainly not the target man connoisseurs amongst us waiting for big Andy to join Huddersfield or Burnley or Brighton on loan so they can stick him in their Fantasy Team and watch as he scores a towering™️ 86th minute header on his debut.

Andy Carroll shouldn't want it, but probably does.

Either way, he doesn't belong on the end of yet another bench, forcefully chewing Juicy Fruit until he's out for two months with a jaw injury. He belongs soaring through the cool, floodlit air because there is a football and he must head it. That should be as a key player for a bottom-half team, the only situation where he can feel loved again; another forgotten big man, an Icarus of the Premier League.