One small leap for dog-king

Scientists looking to uncover how often you should feed your dog were "surprised" by their own findings - and you will be too. 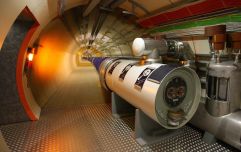 Conspiracy theorists believe the world will end today - here's why

END_OF_DOCUMENT_TOKEN_TO_BE_REPLACED

A study published on April 28 revealed how often you should feed man's best friend and that's not including the treats you give them whenever they look cute. Since 2019, researchers from The Dog Aging Project have been collating data from more than 10,000 dogs of varying breeds, sizes, and ages - with the report recently made available to view online.

They had hoped to explore the connection between diet and health conditions like skin, orthopaedic, kidney, urinary, liver, cardiac, and neurological disorders - and their findings took them off guard.

As it turns out, dogs that were fed just once a day demonstrated fewer physical conditions and improved cognitive function than those that ate more often.

As the researchers explained in their report: “Controlling for sex, age, breed, and other potential confounders, we found that dogs fed once daily rather than more frequently had lower mean scores on a cognitive dysfunction scale, and lower odds of having gastrointestinal, dental, orthopedic, kidney/urinary, and liver/pancreas disorders." 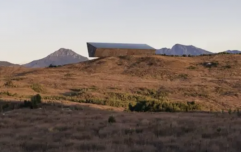 END_OF_DOCUMENT_TOKEN_TO_BE_REPLACED

Future research including "longitudinal data", which is described as repeated observations of the same things at different points in time, could provide "stronger evidence for a possible causal effect of feeding frequency on health in companion dogs."

“We weren’t confident at all that we would see any differences in dogs’ health or cognition based on feeding frequency," said lead author Kathleen Kerr, a professor of biostatistics at the University of Washington School of Public Health. “I think we would have been excited to see an association between feeding frequency and health in just one domain. I was surprised to see associations in so many domains.”

However, before you empty your pooch's bowl, Kerr warned that the study should not change your dog's feeding habits.

“The study is a small step toward understanding whether effects seen in laboratory animals generalize to dogs who live in highly varied, non-controlled environments," she explained. “An important next step for the Dog Aging Project will be to re-visit our study questions in the future after the study has followed dogs over time.”