It's like Doctor Who... if he used vodka instead of a spaceship

We've all been there: needing to sit down on a gum-covered curb while people throw-up in the distance and the smell of hot kebabs floats through the air as you suddenly realise the world seems to be moving at 1,000 miles an hour - all thanks to booze.

As it turns out, we don't become the Flash when we've had one too many. In fact, good old science has done the legwork and explained exactly why the world seems to be moving at such a rapid pace whenever we're a little (read: a lot) tipsy.

Liverpool John Moores University lecturers Ruth Ogden and Catharine Montgomery suggest that the reason might be because alcohol can affect the way our brain monitors time, changing the speed of our "internal clock." 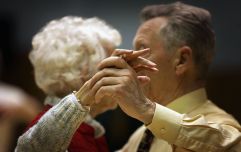 Drugs 'that could let humans live to 200' are being developed, scientist says

END_OF_DOCUMENT_TOKEN_TO_BE_REPLACED

They also proposed the idea that the activities we engage in whilst drunk could help distract us from looking at ticking clocks - hence making time feel like it's moving quicker.

Speaking to The Psychologist in 2012, they explained that participants were asked to complete a word classification task, and afterwards, asked how long the task lasted. They were also quizzed on whether they felt time passed the same as normal, faster than normal, or slower.

Next, those in the study were asked to guess the length of short audible tones.

END_OF_DOCUMENT_TOKEN_TO_BE_REPLACED

They found that their participants' ability to work out the duration of the word-classification task was unaffected by alcohol consumption - however, a higher dose of booze did result in participants reporting that time flew by quicker.

The study ultimately suggests that alcohol alone is enough to change our perception of time, and actually, social activity has nothing to do with it.

So basically, next time the day seems never-ending, get yourself to the pub or better yet, a bottomless brunch.

popular
R Kelly will probably die behind bars after being handed 30 year prison sentence
Bette Midler wants the US to ban Viagra because it’s ‘God’s will’ to have a ‘limp d**k’
Fans shocked after Machine Gun Kelly smashes glass on his face during performance
Travis Barker’s daughter shares picture of Blink-182 star in hospital bed - tells fans to ‘send your prayers’
British teen says she was raped in Majorca hotel by 'famous actor and musician'
Police hunt for two 'laughing' men who kissed three-year-old girl in front of distressed mum
July heatwave: When to expect hot weather and how long it will last
You may also like
Science
A giant sunspot that can blast significant solar flares is now facing the Earth
Fitness & Health
‘Flamingo test’ reveals your likelihood of dying within 7 years
Life
The science behind nightmares revealed – including most common scary dreams
Life
Scientists reckon sex can reduce the effects of hay fever
Life
Google engineer claims AI chatbot has developed feelings and 'fears being switched off'
Next Page