White nationalist to be executed after killing nine in church shooting

The shooting took the lives of nine people

A federal appeals court upheld the conviction and death sentence of white nationalist Dylan Roof on Wednesday after the racist killings of nine members of a Black South Carolina congregation, AP reports.

END_OF_DOCUMENT_TOKEN_TO_BE_REPLACED

Roof murdered nine people in Mother Emanuel AME Church in Charleston on June 17, 2015. However, despite Roof's legal team appealing the sentencing,  a three-judge panel of the 4th US Circuit Court of Appeals has since affirmed his conviction.

He 'spared' 72-year-old Polly Sheppard to ‘tell the story', and she ended up testifying at his trial. Another survivor, Felicia Sanders, also testified against him.

About the Death Penalty: I am against it in general, but sometimes I'm for it in the specific.

We should abolish it. It is immoral, it is not a deterrent, and it is unfairly applied.

If we're going to have it... it was made for Dylann Roof. https://t.co/IN6wAR0rwo

END_OF_DOCUMENT_TOKEN_TO_BE_REPLACED

Roof is the first person in US history to be handed the death sentence for a federal hate crime.

“I wish with a passion that n——s were treated terribly throughout history by Whites, that every White person had an ancestor who owned slaves,” Dylann wrote on his website, TheLastRhodesian.com. 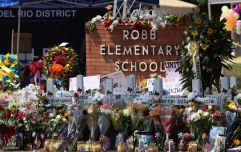 END_OF_DOCUMENT_TOKEN_TO_BE_REPLACED

His legal team recently tried to get his conviction and death sentence overturned. They argued that his federal trial ‘departed so far from the standard required when the government seeks the ultimate price that it cannot be affirmed,’ the MailOnline reports.

They argued that his mental health issues should have been considered before allowing Roof to represent himself. However, Roof himself evaded the mental health topic as he was ‘under the delusion that he would be rescued from prison by white nationalists – but only, bizarrely, if he kept his mental impairments out of the public record’.

‘No cold record or careful parsing of statutes and precedents can capture the full horror of what Roof did. His crimes qualify him for the harshest penalty that a just society can impose,’ the judges said.