While many influencers and experts tout the health benefits of a vegan diet, a recent study has indicated that such benefits may not be present in the case of children. 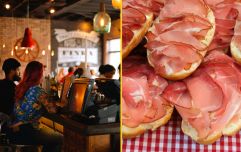 END_OF_DOCUMENT_TOKEN_TO_BE_REPLACED

In fact, a study has indeed shown the opposite, that growth and development can be impaired with a vegan diet.

This is concerning, not least because the number of children being raised on a vegan diet has increased in recent years.

However, the Great Ormond Street Institute of Child Health has highlighted that this may not be the best idea for your kid.

The study, based on 187 five to ten-year-olds, was built to see the impact of different diets on children.

The study, which was published in the American Journal of Clinical Nutrition, found that vegan children would need vitamin B and D supplements to ensure they had the nutrients needed.

Only with these supplements would long-term health risks associated with veganism at that age be mitigated.

Perhaps most startling, is that being on a vegan diet impacted children in that they were an average of three centimetres shorter than their meat-eating or vegetarian counterparts. 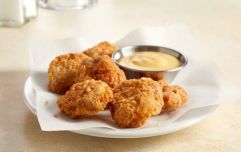 END_OF_DOCUMENT_TOKEN_TO_BE_REPLACED

The vegan kids also had weaker bones, and were more prone to osteoporosis later in life.

The lead author of the research does recognise the pull of plant-based diets as ethical and environmental considerations factor into our food choices.

However, he does say that these diets do not come without their own impact.

Until now research into the health impact of these diets on children has been largely limited to assessments of height and weight and conducted only in vegetarian children.

We found that vegan children had lower bone mass even after accounting for their smaller body and bone size. This means they may enter adolescence, a phase when bone-specific nutrient needs are higher, with a bone deficit already established.

If such deficits are caused by a diet that persists into adolescence, this might increase the risk of adverse bone outcomes later in life.

Having said all this, vegan kids did have significantly lower levels of harmful LDL cholestorol. and there was some indication that vegan children had better cardiovascular health and lower body fat.

One point for the vegan kids, then.