Union boss suspended after calling for Priti Patel to be deported

Howard Beckett, a member of Labour's ruling body and a candidate for Unite's next general secretary, called for the home secretary's deportation on Twitter last night

Writing on Twitter, Beckett said: "Priti Patel should be deported, not refugees.

"She can go along with anyone else who supports institutionalised racism. 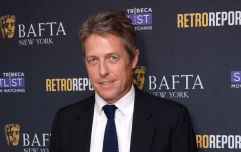 END_OF_DOCUMENT_TOKEN_TO_BE_REPLACED

His words came in the aftermath of protestors successfully halting immigration enforcement taking away people they had detained in a dawn immigration raid on Eid al-Fitr in Glasgow yesterday.

Protestors managed to get the men released by police, and the move was welcomed by Scottish first minister, Nicola Sturgeon - who criticised home secretary Priti Patel's policies that led to the scenes

"Our society should have no place for racism at all.

"I am very sorry for my earlier tweet," he said.

Priti Patel message on Eid al Fitr is to deport Muslim refugees. Those who have been forced to flee war zones.

We are seeing appalling institutional racism again and again from the supposed pillars of the British elite.

Our society should have no place for racism, at all.

"I was angry to see Muslim refugees being deported on the morning of Eid al Fitr."

However, his words prompted backlash across the political spectrum, triggering his suspension.

Conservative MP for Wycombe Steve Baker said: “An extraordinary, absolutely intolerable remark which must have a robust response from @UKLabour."

A spokesman for Labour said the party "takes these allegations extremely seriously" and said appropriate action will be taken.

However, there are reports that suggest it is yet another chapter in Labour's civil war between the right and left of the party.

popular
Jeremy Kyle's security guard Big Steve is now on Drag Race
Landlord faces £40k fine after tenant puts swimming pool on roof of flats
Man United will 'terminate' Cristiano Ronaldo's contract if his attitude doesn't improve
FBI release findings of Rust investigation after shooting of Halyna Hutchins
Comedian cancelled after ‘getting his penis out on stage’ during Edinburgh Fringe Festival
The reason why Nottingham Forest don't have a sponsor on their shirt
QUIZ: You'll need to be razor-sharp to get 100% in this General Knowledge Quiz
You may also like
Politics
The Home Office wants to effectively decriminalise drugs
News
Boris Johnson has defended plans to electronically tag refugees
News
Julian Assange: Priti Patel signs order to extradite Wikileaks founder to US to face espionage charges
News
Priti Patel 'very surprised' after Rwanda flight cancelled and preparations have begun for next one
News
UK deportation flight to Rwanda can go ahead, court of appeal rules
Next Page