Protestors shouted "these are our neighbours, let them go!" as immigration vans attempted to pull away.

UK Border Force could be given immunity over refugee deaths

END_OF_DOCUMENT_TOKEN_TO_BE_REPLACED

Those blocking the vans also condemned the action during Eid al-Fitr, one of the holiest days in Islam.

Sturgeon took to social media to express concern about the events.

"As a constituency MSP, I am deeply concerned by this action by the Home Office, especially today in the heart of a community celebrating Eid.

As constituency MSP, I am deeply concerned by this action by the Home Office, especially today in the heart of a community celebrating Eid. My office is making urgent enquiries and stands ready to offer any necessary assistance to those detained https://t.co/jkdhDBvX31 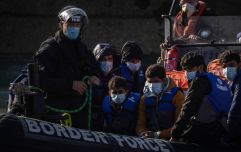 END_OF_DOCUMENT_TOKEN_TO_BE_REPLACED

"My office is making urgent inquires and stands ready to offer any necessary assistance to those detained."

She later tweeted: "The @ukhomeoffice action today is creating a dangerous and unacceptable situation in Pollokshields.

"As a local MSP, I am also seeking urgent answers from them - they must resolve this situation ASAP."

BREAKING: Police have just tried to move in on protesters gathered around immigration enforcement van on Kensmure Street in Glasgow. @LBC @LBCNews pic.twitter.com/t6Y9pmtUiy 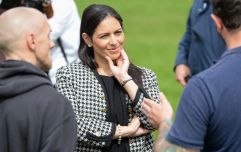 END_OF_DOCUMENT_TOKEN_TO_BE_REPLACED

There is reportedly a heavy police presence at the scene; a spokesman for Police Scotland said: "Around 9.55am this morning, Thursday 13 May 2021, police were called to an address in Kenmure Street, Pollokshields, following a protest by a large group of people.

“The call was made by UK Immigration Enforcement (UKIE) after a group of protesters gathered at the address where UKIE staff were in attendance.

"Police Scotland does not assist in the removal of asylum seekers.

"Officers are at the scene to police the protest and to ensure public safety."

These events come following a ramping up of rhetoric by the British government surrounding immigration, refugees, and asylum seekers over recent months - and is second immigration dawn raid in Glasgow in less than a month.