The man arrested following the killing of MP Sir David Amess has been named as Ali Harbi Ali and is now being held under the Terrorism Act. 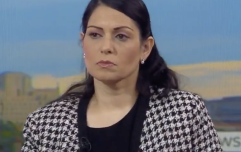 END_OF_DOCUMENT_TOKEN_TO_BE_REPLACED

Police have until Friday to question the 25-year-old who is understood to have been previously referred to the Prevent scheme - which aims to stop people becoming radicalised - some years ago, but was never a person of interest to MI5, the BBC reported.

The broadcaster said the man was British but of Somali heritage.

Police earlier said they were treating the killing of Sir David as terrorism and were looking into a potential link to Islamist extremism.

Sir David, who was married and had four daughters and a son, was stabbed multiple times as he held a regular Friday meeting with constituents at Belfairs Methodist Church in Leigh-on-Sea around midday. He had been the Conservative MP for Southend West since 1983.

Ali was initially arrested on suspicion of murder and held at an Essex police station, but has since been transferred to London where he was further detained under Section 41 of the Terrorism Act.

On Saturday, magistrates granted police a warrant to hold Ali in custody until 22 October. 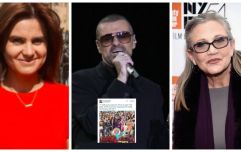 END_OF_DOCUMENT_TOKEN_TO_BE_REPLACED

In a statement, the Met said officers spent Saturday searching three addresses in the London area.

A candlelit vigil was held in Leigh-on Sea for Sir David on Saturday night.

Home Secretary Priti Patel has said security measures were being put in place to protect MPs - but insisted they would carry on serving the country unimpeded.

popular
Tourist dies after losing arm and leg in shark attack at popular resort
Jordan Peterson suspended from Twitter over Elliot Page comment - says he won't apologise
Threesome sees 60-person brawl break out on cruise ship, says passenger
Stranger Things: Spotify will choose which song would save you from Vecna
Son uninvites parents from wedding because 'they're not good enough' - so they sell his house
Adele fans have 'mad respect' for her after she stopped her Hyde Park gig to help someone in distress
Vegan mum found guilty of murdering son by feeding him only fruit and veg
You may also like
Politics
Slavoj Žižek on Boris Johnson, Jo Cox and Greta Thunberg
News
'Nazi-inspired' Thomas Mair jailed for life for murder of MP Jo Cox
News
Thomas Mair 'researched Ku Klux Klan, Nazis and serial killers' before Jo Cox attack
News
Accused Jo Cox killer said "death to traitors, freedom for Britain" when asked for his name
News
Husband of Jo Cox issues heartbreaking statement following the murder of his wife
Next Page