A new poll has found that historic levels of Britons oppose fox hunting.

The annual survey, conducted by Ipsos MORI, found that 84% of Brits believe fox hunting should continue to be illegal, after it was banned under the Hunting Act 2004. 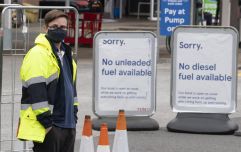 END_OF_DOCUMENT_TOKEN_TO_BE_REPLACED

The news comes as Boxing Day Hunts took place up and down the country, where dogs follow a 'scent' rather than a fox, allowing hunters to get round the ban.

Despite overwhelming public opposition, Theresa May is reportedly keen to keep the Conservative pledge to give MPs a free vote in the commons on whether the Hunting Act should be repealed.

“The polling and projections highlight just how out of touch any move to repeal the hunting ban would be.

"Generally only dictators would dream of pushing through a policy against that level of public opposition so we hope our government will respect the will of the people.”

However, there is a minority that still supports fox hunting in Britain. Tim Bonner, chief executive of the Countryside Alliance, has been a vocal critic of the hunting ban. He said:

"Our figures demonstrate unequivocally that the Hunting Act lies in tatters. The problem with the Act is that over the past two years all those prosecuted under the Act have had nothing to do with 'hunts'.

"The law that was supposed to have got rid of hunts is now being used as little more than a vehicle to harass them."

Official Man of the People and supporter of fox hunting Nigel Farage was spotted at the Boxing Day Hunt, sporting a pair of yellow trousers, but not everyone was pleased to see him.