The only story on anyone's lips right now is the interview conducted by Oprah Winfrey with Meghan Markle and Prince Harry, which finally aired on British TV last night.

END_OF_DOCUMENT_TOKEN_TO_BE_REPLACED

Following its premiere on American TV on Sunday, few people have been as loud or angry about what they saw as Piers Morgan, a man seemingly hell bent on undoing any goodwill accrued for his sensible stance on the coronavirus pandemic by inserting himself into the Meghan and Harry narrative.

At every point of this long-running disagreement between the couple and the Royal Family, Morgan has attempted to be a part of that story, whether as a defender of the Crown, or as a 'former friend' of Markle.

This has veered from the ludicrous - such as speaking openly in interviews about being hurt that he and Markle are no longer friends, to the dangerous - on Monday he said that he didn't believe Markle's claims in the interview that she had felt suicidal.

On Good Morning Britain on Tuesday, the Morgan ratings train chugged along at greater pace, as he engaged in a discussion with Alex Beresford.

Beresford, in an extremely calm tone, told Morgan that while he may be disappointed that Markle ended her friendship with him, that is a decision that she was more than entitled to take. 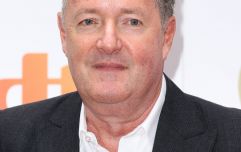 END_OF_DOCUMENT_TOKEN_TO_BE_REPLACED

"I understand that you do not like Meghan Markle and you have made it clear so many times - so many times on this programme," said Beresford.

"And I understand you had a personal relationship with Meghan Markle and she cut you off. She is entitled to cut you off if she wants to.

"Has she said anything about you since she cut you off? Now, I do not think she has. But yet you continue to trash her."

"OK, I am done with this," Morgan replied.

"No, no, no, that is pathetic," said Beresford. "Absolutely diabolical behaviour."

Twitter users tended to agree with Beresford, and many called out the double standard of Morgan, for walking off in a huff during a simple conversation.

Morgan getting schooled by the weatherman this morning - beautiful 👏🏻👏🏻👏🏻👏🏻 #goodmorningbritain

Wow! Piers Morgan walking off set as he’s called out by Alex Beresford. And he has the nerve to call other people snowflakes? Well done Alex! #goodmorningbritain

popular
Dr. Dre shares unbelievable video of Eminem's skills to prove no rapper could beat him
Eric Bailly fails spectacularly with no-look penalty in AFCON shoot-out
Collapse of sports crypto giant leaves fans with worthless tokens
'I'm so beautiful my friends don't invite me to birthday parties as I'll steal the show'
Why dogs are getting sick and symptoms owners should look out for
Warning issued to all dog owners as mystery virus spreads across UK
Katie Price joins OnlyFans days after arrest to 'empower women'
You may also like
Entertainment
Ofcom releases most complained about TV moments of 2021
Sport
John Terry hits out at Piers Morgan for tweet on unvaccinated players
News
Jeremy Clarkson rubs salt in Hamilton's wounds after controversial Verstappen win
Sport
Piers Morgan is predictably fuming at Simone Biles being crowned athlete of the year
Entertainment
Piers Morgan's book sells just 5,650 copies in a year in US
Next Page