After claiming to be 'committed to the rights of women' in their new regime, oppressive staples are already returning under Taliban control

Life in Afghanistan is starting to return to how it was some 20 years ago under the Taliban's rule, as the insurgents continue to consolidate power following their takeover. 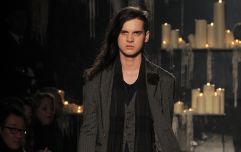 END_OF_DOCUMENT_TOKEN_TO_BE_REPLACED

Despite telling the world's media it had changed during a press conference two days after taking Kabul , it is becoming apparent that little has changed. Not only are the stringent and oppressive tenets of sharia law returning, but it seems the new regime is cracking down on even more haram behaviours.

In an interview with the New York Times, Taliban spokesman Zabihullah Mujahid - the same representative who spoke at the aforementioned public address - stated that "Music is forbidden in Islam, but we're hoping that we can persuade people not to do such things, instead of pressure them."

To clarify, music is not banned in Islam: some people have interpreted that the "idle talk" mentioned in the Qur'an refers to music. This also comes just days after a clip of a man being struck for playing music on his phone was circulated on social media. 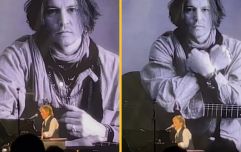 END_OF_DOCUMENT_TOKEN_TO_BE_REPLACED

Mujahid went on to add that while women will eventually be allowed to return to work, go on trips to school, attend hospitals and so on, they will need a male chaperone for trips that last several days - more than three, to be specific.

He also went on to say that the Taliban will follow up on their promise to let women return to their jobs in the future, so long as they wear a head covering, and denied any notions that the Taliban have or will force women to stay inside or punish those not covering their faces.

Women not allowed without a male chaperone to visit a health centre. pic.twitter.com/m4nKbrwW8I 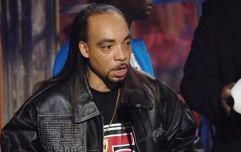 END_OF_DOCUMENT_TOKEN_TO_BE_REPLACED

During their previous time in power, Afghan women could only leave the house in a burqa and Mujahid has already said that women should remain inside "until we have a new procedure" in place.

The group is yet to form a new government but has already claimed it will no longer rely on opium and will train forces not to harass women. Mujahid said: "We are worried our forces, who are new and have not been yet trained very well, may mistreat women. We don't want our forces, God forbid, to harm or harass women."

Additionally, he stated that women's salaries will be paid in their homes, echoing what another one of the group's leaders, Ahmadullah Waseq - the deputy of the Taliban’s cultural affairs committee - told the NY Times previously: that the Taliban has "no problems with working women" as long as they wear hijabs or burqas.