On this day of all days, Irish PM Leo Varadkar picked the wrong emoji...

First the flag, then the ball; Leo’s St. Patrick’s Day didn’t get off to the best of starts.

Taoiseach PM Leo Varadkar is currently in the middle of a trip to the United States, so maybe the time difference is to blame for something of a social media mishap on St. Patrick’s Day.

Varadkar had an early start when noting the phenomenal response to the #ThisisIreland video, which rightly garnered plenty of praise when released on Friday.

In praising it, however, Leo (or his social media team) made the rookie error of including an Ivory Coast flag rather than an Irish one and while that might not be considered that big of a deal by some, you can be damn sure plenty of people noticed.

There’s been a phenomenal response to our #ThisIsIreland video. More than 3.2million views so far. #HappyStPatricksDay ☘️ to everyone around the world and #COYBIG in #Twickenham !! 🏈🇨🇮 #IREvENG https://t.co/XOshGP9cRE

That is the flag of the Ivory Coast.

Embarrassing coming from our Taoiseach.

Leo getting behind the Ivory Coast!

Do the Ivory Coast know they're playing in Twickenham today?? Joe & the Boys won't be impressed.. 🤔🤔🤔

Doesn’t know his own flag 😂😂 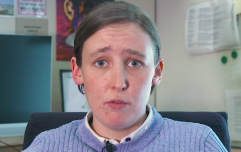 END_OF_DOCUMENT_TOKEN_TO_BE_REPLACED

The same occurred when Leo subsequently posted an emoji-only tweet in support of the Irish rugby team ahead of the big game against England.

He got the flag right this time, but the ball looked like one more commonly used in the US that one that will be used at Twickenham.

Again, many would say it’s not a huge deal, but again, many people were keen to point out the error…

In the general scheme of things, to be fair, it’s not the worst thing that’s happened to Leo this week…