He delivered a six-minute monologue on his US talk show

James Corden made a passionate plea to his American audience on Monday night regarding the recent announcement that 12 of Europe's biggest clubs will be forming a new Super League.

END_OF_DOCUMENT_TOKEN_TO_BE_REPLACED

On his talk show The Late Late Show, Corden said that he was "heartbroken" by the proposals. He went on to say that the owners of the clubs involved have "displayed the worst type of greed I've ever seen in sport."

He explained to the audience the history behind football teams in England, and how billionaire owners have "slowly but surely moved these teams away from the communities and foundations on which they were built."

For an American audience, who have grown up with franchises across the NFL, the NBA and Major League Baseball, it may be something that is difficult for them to grasp. But Corden does a decent job of explaining why this matters, to an audience in the studio and watching at home who, has he admits, probably don't care that much.

We talked about the #SuperLeague on the show tonight. pic.twitter.com/6n40FlkNsA

The reaction is largely positive as well. Leeds owner Andrea Radrizzani commented under the post, saying "??? well done James", whilst the monologue seemed to have hit home for another who wrote "As @JKCordexplainedned the open structure, it made me care more. That is amazing and would be a shame to lose."

As @JKCorden explained the open structure, it made me care even more. That is amazing and would be a shame to lose. I do not like our rich man's poker game setup. 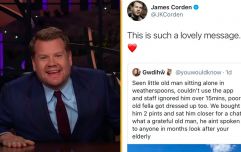 END_OF_DOCUMENT_TOKEN_TO_BE_REPLACED

A third user commented: "Just imaging NFL with guaranteed playoff spots to the same 6 teams every year. Or the NHL with the original six Toronto , Montreal, Rangers, Detroit, Chicago & Detroit guaranteed a playoff spot every year! No one would put up with that!"

And many others in the comments were making comparisons with what the equivalent would be in US sport, comparisons that seemed to make other realise how bad this would be.

It's like the Cowboys having a guaranteed spot in the playoffs, even if they go 0-16 because they have one of the richest owners.

Disgusting behavior. I hope something happens to these owners. 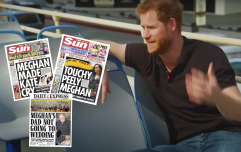 END_OF_DOCUMENT_TOKEN_TO_BE_REPLACED

Now, whatever you think of Corden and his antics, it does seem like he really cares about this. He is, after all, a long-time West Ham fan, and still feels a real connection and love for the UK. He didn't have to spend a significant part of his show talking about this, no one would have batted an eyelid if he hadn't mentioned the Super League.

Anything that can try and make an American audience realise how poisonous this Super League is should be praised. Because if there are signs that Americans won't be enthusiastic about this, and that the new competition will potentially fall flat in arguably the biggest consumer market of them all, then you can guarantee that these proposals will quickly crumble.

popular
The JOE Friday Pub Quiz: Week 271
Tobey Maguire Spider-Man spotted in No Way Home merchandise
Ava White, 12, dies after Liverpool stabbing - four boys aged 13 to 15 arrested on suspicion of murder
Over 200 kilos of cocaine with Liverpool FC branding seized
Pro Volleyballer spends £590K believing he was dating supermodel Alessandra Ambrosio for 15 years
Woman left devastated when nobody turned up to her Friendsgiving
Job seeker pitches for work at Tube station, gets interview in 3 hours and has job by end of week
You may also like
Entertainment
Petition to keep James Corden from starring in new Wicked film hits 25,000 signatures
Entertainment
Prince Harry praises Netflix's The Crown, says it's "loosely based on truth"
Entertainment
James Corden says he wants to get ripped 'like The Rock'
Entertainment
Ranking the Gavin & Stacey rehearsal attendees from least to most excited about the reunion
Entertainment
A post-match analysis of Team USA vs Team UK celebrity dodgeball game
Next Page