British engineers are one step closer to building a hypersonic 'spaceplane' that could travel between London and New York in less than an hour. 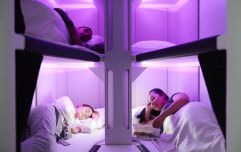 END_OF_DOCUMENT_TOKEN_TO_BE_REPLACED

'Pre-cooler' means a vehicle can travel at high speeds without the engine overheating.

The Times reports pre-cooler lowers the temperature of compressed air rushing through an engine from more than 1,000C to room temperature in one twentieth of a second.

Reaction wants to build a reusable vehicle combing the speed and power of a rocket with the efficiency of a jet engine, capable of traveling at 25 times the speed of sound and into and out of space. 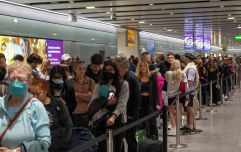 END_OF_DOCUMENT_TOKEN_TO_BE_REPLACED

The company said Sabre, its prototype, would work like an "air breathing rocket engine" because it would draw oxygen from the atmosphere to be ignited in a rocket combustion chamber alongside stored liquid hydrogen.

Liquid oxygen and hydrogen from on-board fuel tanks would then become the fuel source in order to reach 25 times the speed of sound and make it into space.

Mark Thomas, the Reaction Engines CEO, said: "If you can pull it off, it’s a game changer. It kicks conventional rocket engines into touch."

popular
Brit on holiday beaten with a brick by gang before being thrown in the sea unconscious
Premier League player arrested on suspicion of rape facing two more allegations
Teens are turning up to watch Minions in suits - and why cinemas have been forced to ban them
Conspiracy theorists believe the world will end today - here's why
Dad who ran off with Ukrainian refugee says couple are doing 'brilliantly' - but he can't see his kids
Men with ‘very large penises’ wanted for new documentary
British schoolboy breaks internet after attending prom in sequined tuxedo ballgown
You may also like
Travel
The longest walkable distance on Earth which no one is known to have completed
News
Disabled man dies at Gatwick airport after 'falling down escalator' when assistance did not arrive
News
Jet2 boss blamed airport chaos on 'lazy Brits who live off benefits', report claims
News
Travellers are now being told ‘don’t bring luggage’ in desperate bid to tackle airport chaos
Life
Virgin Atlantic becomes first UK airline to allow cabin crew to show their tattoos
Next Page