Scarlett Johansson’s long-awaited solo film Black Widow received great reviews and a stellar response from fans. However, following its hybrid release on Disney Plus and cinemas, Johansson filed a lawsuit against the parent company. Now, a Disney lawyer has hit back at Johansson, branding the lawsuit a PR stunt. 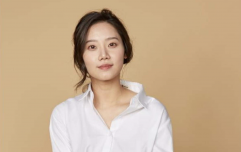 END_OF_DOCUMENT_TOKEN_TO_BE_REPLACED

The Hollywood actress' pay was reportedly determined by the flick's success at the box office. Johansson allegedly had Disney write it into her contract that the film be released in cinemas only for an undisclosed amount of time. However, Disney then released the film on their streaming platform.

While Marvel president Kevin Feige has reportedly expressed his support, Disney said the suit shows a "callous disregard for the horrific and prolonged global effects of the COVID-19 pandemic."

"It is obvious that this is a highly orchestrated PR campaign to achieve an outcome that is not obtainable in the lawsuit," Disney attorney Daniel Petrocelli spoke told Variety.

"No amount of public pressure can change or obscure the explicit contractual commitments. The written contract is clear as a bell."

"It’s no secret that Disney is releasing films like Black Widow directly onto Disney+ to increase subscribers and thereby boost the company’s stock price – and that it’s hiding behind COVID-19 as a pretext to do so," John Berlinski, an attorney representing Johansson, told The Independent.

Black Widow has been applauded for its depiction of a character who has been over-sexualised in the past/Via Marvel Studios. 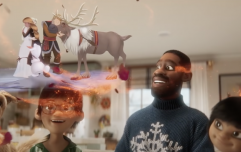 END_OF_DOCUMENT_TOKEN_TO_BE_REPLACED

"But ignoring the contracts of the artists responsible for the success of its films in furtherance of this short-sighted strategy violates their rights, and we look forward to proving as much in court."

"Emma Stone, star of Cruella, is said to be weighing her options," wrote Former THR Editor Matt Belloni in his newsletter  What I'm Hearing...