Mick Lynch has had a week of it, casually shutting down presenters' questions as "nonsense" and "twaddle" and even defending his likeness to a Thunderbirds villian.

But the RMT union boss faced his most trying of questions on Thursday when a woman challenged him on BBC's Question Time with a remark comparing striking railway workers to dinosaurs.

When asked if she thinks the RMT is taking the wrong approach by striking  - to improve their pay and conditions - the unknown woman replies: "Yes, and look what happened to the dinosaurs." 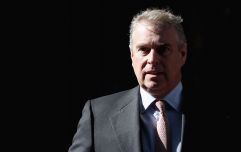 END_OF_DOCUMENT_TOKEN_TO_BE_REPLACED

Lynch, who has been shutting down questions all week, winning praise from the likes of Hugh Laurie and Rory Stewart, casually replies, "well, they were around for a very long time." Dinosaurs were around 165 million years before they went instinct.

The woman cut back in at this point: "They're not with us now though, are they?"

Lynch replied they had been around for millions of years and added that "we are negotiating".

Weird...I stood at a central London picket line today and heard nothing but support for the @RMTunion strike from the people passing. Yet the audience of #questiontime seem to be repeating the "archaic" "dinosaurs" "holding the country to ransom"mantra from the Tory media script.

Easier to see the connection between #dinosaurs and trains with a graphic.
T Rex forelimbs were too short to safely load and operate trains, they didn't have a Union, and this eventually led to extinction.
Obvious really.#questiontime #RMT pic.twitter.com/pYcwpqjdV5

Face of woman on last night's #questiontime failing to understand that the dinosaurs are not extinct due to a failure of collective bargaining or lack of ability to adapt to technology, but rather due to a big fuck-off rock crashing into the planet.#questiontime pic.twitter.com/ueo2T3yrpO

RMT union workers walked out on Tuesday in the biggest strike action in more than 30 years. The action was separate to a London Underground strike in London on Tuesday.

Against an inflation rate heading towards 11 per cent, the union wants a rise of 7 per cent and has already rejected a Network Rail offer of a 2 per cent rise with a further 1 per cent tied to job cuts.

popular
Incredible case of the only known individual whose parents were two different species
Multiple fatalities after planes collide mid-air over airport
Andrew Tate banned from Instagram and Facebook
Former Playboy Bunnies detail what it was like having unprotected orgies with Hugh Hefner
Court hears cringeworthy poems Ryan Giggs wrote to his ex
The JOE Friday Pub Quiz: Week 308
Footage emerges of Andrew Tate getting knocked out during kickboxing bout
You may also like
Entertainment
Mock The Week is coming to an end after 17 years, BBC confirms
Sport
TV audience for Lionesses peaked at an astonishing 17.5 million
Entertainment
Peaky Blinders creator confirms film starts shooting 'next year'
Sport
BBC News apologises for showing wrong footballer in rape arrest report
Sport
'Your ego is out of control': Ian Wright records brutal response to Lord Sugar tweet
Next Page