Askren and White fucking hate each other

'Funky' Ben Askren's journey to the UFC, via the first ever mixed martial arts trade from ONE FC for Demetrious 'Mighty Mouse' Johnson, was very difficult. 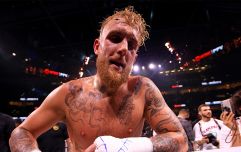 END_OF_DOCUMENT_TOKEN_TO_BE_REPLACED

He accuses the UFC, and Dana White specifically, of leaving him out in the cold before joining ONE FC. Askren says he negotiated an exit from Bellator following the promise of a UFC contract but, once he faxed over confirmation his exit from the rival promotion, Dana White declined to sign him.

After dominating the ONE FC roster with his vicious and unrelenting wrestling, taking down opponents at will, Askren eventually made his move.

The USOC random tests Olympic athletes in all sports. Dana saying testing his fighters would be impossible is a bold faced lie.

However, in interviews since, Askren insists Dana has not met him - only participating by speaker phone during the negotiations.

The pair have also clashed in the past, with Askren calling White a "bold-faced liar," prompting the UFC bossman to tweet the following:

@thefightweek @benaskren when ambien can't sleep it takes Ben Askren. The most boring fighter in MMA history. I would rather watch flys fuck 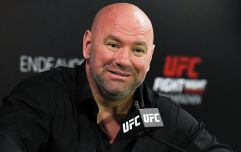 END_OF_DOCUMENT_TOKEN_TO_BE_REPLACED

So, at the UFC 235 weigh-ins, Askren may well have come face to face with White for the first time since joining the promotion.

For those unfamiliar with the ceremonial event, White typically shakes each fighter's hand and wishes them good luck. But when Askren stepped off the scale he did not take White's extended arm, instead opting to shout at him in a very animated fashion.

Microphones did not quite pick up the exchange, hopefully an episode of UFC embedded will reveal the conversation at a later date. 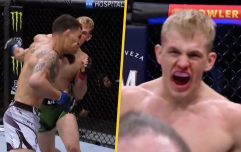 END_OF_DOCUMENT_TOKEN_TO_BE_REPLACED

Askren will fight 'Ruthless' Robbie Lawler on the 235 main event. A victory will put him in contention for a welterweight title fight or contender decider. If former champion wins, don't expect Dana to put Funky anywhere near the top five anytime soon.