In an unprecedented move, the UFC has agreed to part ways with their former flyweight champion and pound-for-pound king, Johnson, in order to answer several fans' questions about how Askren would fare in the Octagon.

END_OF_DOCUMENT_TOKEN_TO_BE_REPLACED

Askren can expect top five opposition in his UFC debut and has wasted no time in calling out the entire welterweight division at his new home while 'Mighty Mouse' will see his career out in ONE Championship.

The unique trade deal made us wonder who else the UFC could acquire and which fighters they would be willing to part ways with.

Given Dana White's stubbornness, it's unlikely that he would go back in for the likes of Gegard Mousasi, Ryan Bader or Kyoji Horiguchi so we focused exclusively on fighters who haven't ever fought under the UFC banner when making the below list which we're sure you'll have no complaints about.

END_OF_DOCUMENT_TOKEN_TO_BE_REPLACED

Francis Ngannou was touted as the next big thing by Dana White but his confidence looks to have been irreparably damaged by his defeat to Stipe Miocic, as evidenced by his next outing in a borefest against Derrick Lewis. Both he and Alistair Overeem could breathe fresh life into Bellator's heavyweight division, however.

Overeem is a legend of the sport and automatically transitions into a Bellator headliner and Ngannou could do with a couple of fights against lesser opposition in order to reclaim the kind of reputation that made him one of the most feared men in mixed martial arts.

In return for the pair of thickly muscled heavyweights, the UFC should do everything possible to bring Dillon Danis on board. Danis is legitimately one of the best grapplers in MMA, possesses the type of personality which makes fans pay attention and his association with Conor McGregor is a recipe for pay-per-view success.

END_OF_DOCUMENT_TOKEN_TO_BE_REPLACED

The UFC loves Paige VanZant. The UFC doesn't love Germaine de Randamie. But, let's be honest, the organisation could do without both fighters.

Paige VanZant is immensely marketable and is a very good fighter but at this stage of her career, it looks unlikely that she will reach the quality required to challenge for a UFC title.

De Randamie, meanwhile, is a former UFC champion but one whose reputation has been tarnished following the 'Cyborg' debacle. She could get her career back on track with a move elsewhere.

What else is left for Anderson Silva to accomplish in the UFC? He's not going to get another title shot, there are very few ranked fighters you'd back him to beat and he's now holding out hope of a red panty night against a man who weighs 30 lbs less than him.

Let the middleweight legend go to Bellator and main event a few cards so that we can finally see Fedor Emelianenko in the Octagon.

It's a shame that we'll never know the damage 'The Last Emperor' would have been able to do to the UFC's heavyweight division in his prime but he should not be allowed to retire without at least one fight in the UFC. 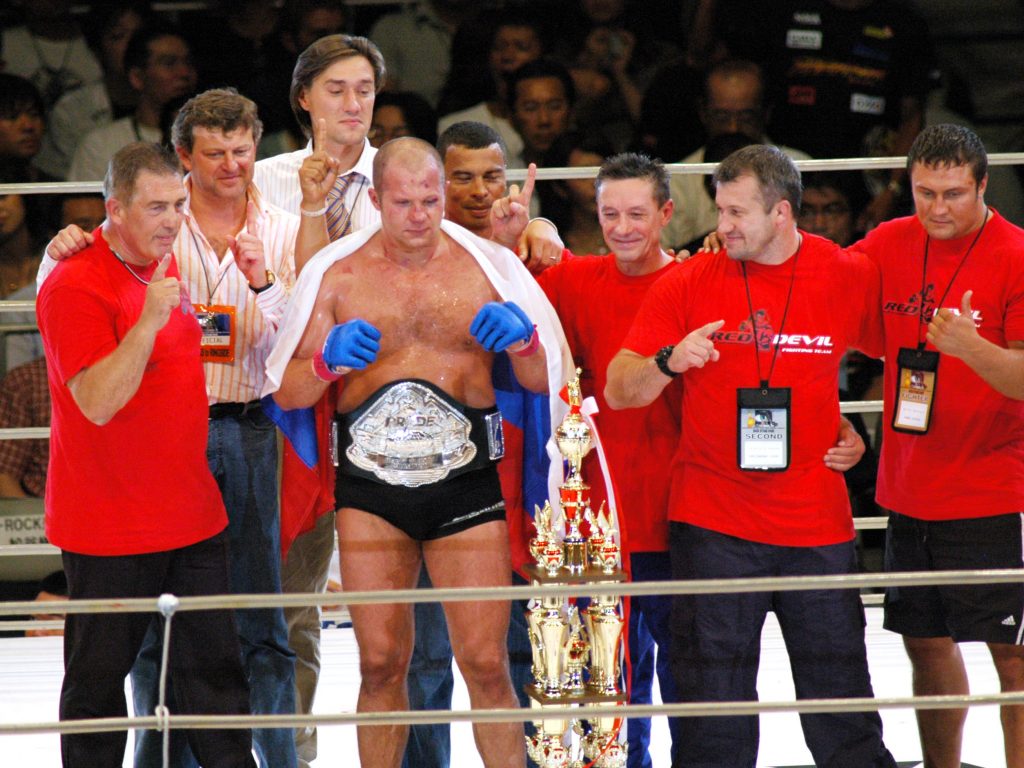 It's 2018 and 'Shogun' is still somehow ranked in the UFC's light heavyweight division.

Nobody wants to see 'Shogun' bow out on the back of several knockout defeats so let's let him go back to Japan, where the Brazilian made his name.

Rizin would be a great retirement home for the former 205lbs champ and in return, the UFC will get one of the most exciting light heavyweights in the world.

Jiri Prochazka has stopped his last six opponents, has gone to the judges just once and would offer the UFC a great opportunity to bring an event to the Czech Republic.

Don't get me wrong. You will not meet a bigger fan of the Diaz brothers than the man typing this sentence but if they're not going to agree to fight in the UFC then set them loose on Bellator.

It's been far too long since we've seen Nick in the Octagon and Nate is clearly not on the same page as Dana White and a point must be reached where the UFC realises that the Diaz bros may be more hassle than they're worth.

Scott Coker has a great relationship with the Stockton siblings and could give them the opportunity to see out their careers with some very sellable and winnable fights.

In return, Dana White should push to get the very talented Freire brothers on board. Patricky and Patricio aren't afraid to talk trash but are in better form than the Diaz pair, with Patricio holding the Bellator featherweight crown and Patricky holding recent wins over UFC vets Benson Henderson, Josh Thomson and Roger Huerta.

This would be trading entertainment and reputation for potential and dominance.

The UFC has no shortage of lightweight contenders so would not be hit hard if they were to lose two of the division's biggest names.

Pettis is a former champion and consistently brings flashy striking to the cage but has lost six of his last nine outings and could do with a change of scenery while Gaethje, despite being arguably the most fan-friendly fighter in the world, only has so many bouts left in him because of his style of choice.

The sky is the limit for Aaron Pico, who began his mixed martial arts career with a stellar wrestling pedigree but suffered a shock defeat in his debut. He has looked like a world-beater ever since and with his hands being honed by Freddie Roach, it feels inevitable that the 22-year-old will eventually reach superstar status. 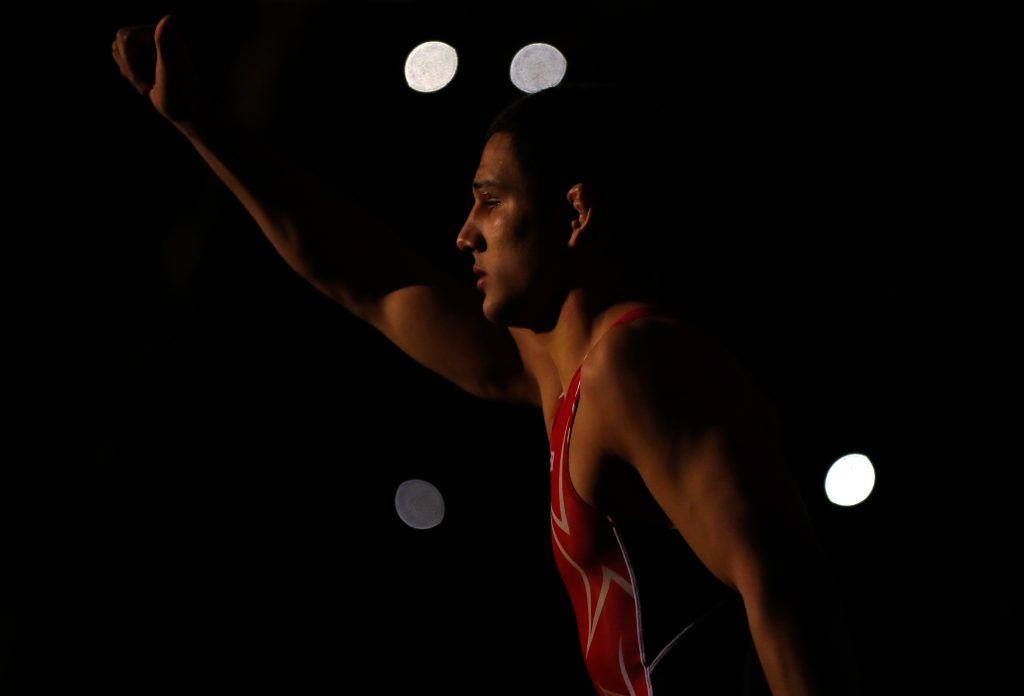 Stephen Thompson is what all young mixed martial artists should aspire to be. The two-time welterweight challenger takes almost no damage in the Octagon and is one of the most respectful individuals in the sport but after coming up short against Tyron Woodley on two occasions, it's unlikely that he will get another shot at the gold as long as 'The Chosen One' is holding the belt.

'Wonderboy', like Pettis, might benefit from some new surroundings because his entertainment value has recently been called into question by UFC fans.

You might not have heard of Ray Cooper III but, trust us, you would like to see him in the UFC. Cooper would bring the kind of explosiveness to the UFC's 170 lbs division that Thompson lacked and coming off the back of four knockout finishes, would be a welcome addition to the UFC roster.

Sure, Mamed Khalidov is coming off his first defeat in eight years but he would be a welcome addition to the UFC's middleweight division and would likely be up for the switch because he's accomplished everything possible under the KSW banner.

This is by no means writing Volkov off because of one last-gasp knockout defeat but we have to trade someone for Khalidov and Volkov would definitely garner plenty of interest in KSW.

We don't want to see the back of Donald Cerrone but Bellator would need quite the offer to be willing to part ways with Michael Chandler, who is one of the best fighters currently competing outside the UFC.

Chandler has wins over Eddie Alvarez, Benson Henderson and Patricky Freire and would bring a new face to the stacked UFC lightweight division.

We're done seeing the downturn of Cerrone's career so want to see him bow out on a high, headlining against easier opposition and head-kicking his way into a happy retirement chock-full of Budweiser and chewing tobacco. 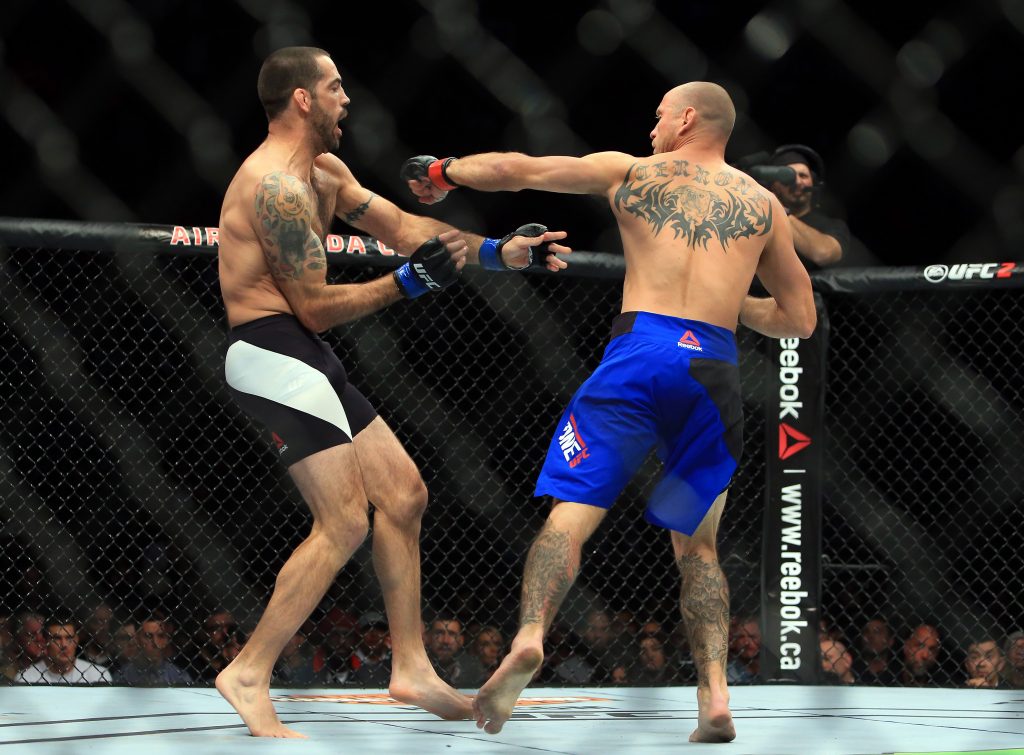 Mark Hunt is a legend and is paid quite well by the UFC but he has become something of a thorn in the side for the organisation because of his criticism of their drug-testing policy following his defeat to Brock Lesnar.

Hunt filed a lawsuit against his employer and has suffered back-to-back defeats so the UFC should seriously consider letting the 44-year-old go with his reputation as a knockout artist intact in the hope of convincing Bellator to part ways with Vitaly Minakov.

Bellator, being the lower-profile promotion, would likely prefer a scenario in which they get three fights out of an already established name rather than try to build the profile of the undefeated Minakov.

The UFC, meanwhile, have the ability to fast-track Minakov to the forefront of the heavyweight division so this trade makes sense for all involved. 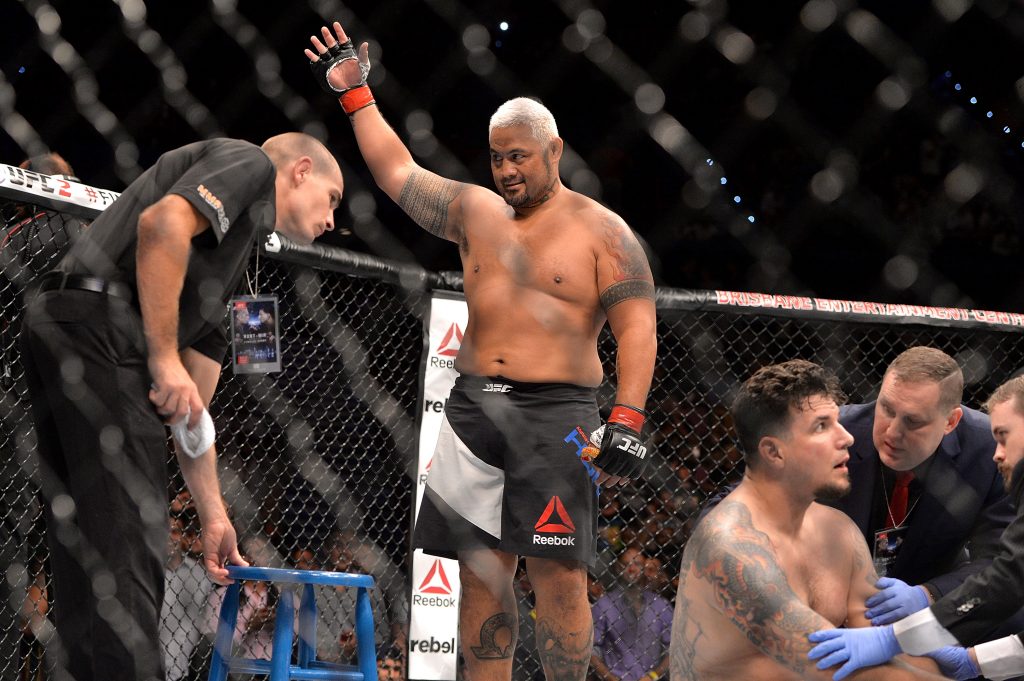