Officers really earned their stripes on this callout

A terrified neighbour who reported seeing a tiger in a nearby back garden was left red-faced after police discovered that it was actually a cuddly toy. 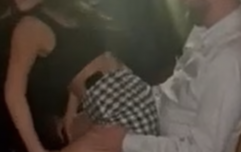 END_OF_DOCUMENT_TOKEN_TO_BE_REPLACED

An unnamed resident, from Oldham, Greater Manchester, called the emergency services on Tuesday evening after spotting the huge predator “pawing in the grass”.

Once officers arrived, they began evaluating the situation and later agreed that the animal was in fact not real but a stuffed toy – who they called Tony The Tiger.

Oldham police posted about the odd occurrence on Facebook, writing: “Yesterday evening Oldham Police earned their stripes when they were contacted by a concerned member of the public of a Tiger lose in nearby gardens that appeared to be pawing in the grass.

“Officers arrived quickly and after evaluating the situation agreed it was in fact not a real animal but a toy - Tony The Tiger!"

END_OF_DOCUMENT_TOKEN_TO_BE_REPLACED

The spokesperson cheesily added that when asked for a comment about Oldham police, the tiger said: "They're grrrrrrrreat!"

In response, people also took the opportunity to have a laugh about the incident.

One person wrote in response: "I bet everyone thought GMP couldn't deal with this, but you showed them that you Shere Khan."