2020 was very much the year of Marcus Rashford, who has earned an MBE and an honorary doctorate for his incredible free school meals campaign and more throughout the holidays and the coronavirus pandemic.

Now, a woman has shared photos from a young relative who shows what the free school meals package looked like this half-term compared to last winter. The contrast is incredible:

These photos show the food parcels provided to a young relative instead of free school meals. The one on the left was from last winter and was meant for two weeks. The one on the right is to cover this half-term, ie, one week. What a difference @MarcusRashford makes, eh? pic.twitter.com/sAAUeFYNfG

While the left shows only a handful of fresh fruit and longer-lasting veg, a few tins, some pasta and some snack cheese, the right is absolutely teeming with significantly larger quantities of the same produce and much more. There's fresh meat, more carbs for stretching out meals and a selection of essential sundries that actually resemble something closer to a week's big shop. 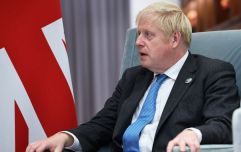 END_OF_DOCUMENT_TOKEN_TO_BE_REPLACED

Moreover, the images (as uplifting as they are) raise two questions: one - how on earth did the picture on the left constitute a full "week's worth of food"? Two: how could Boris Johnson and the Conservatives possibly have shown such resistance to this absolutely critical campaign?

Rashford's charity work and all-around humanitarian efforts have continued into 2021 too, with his positive use of social media set to be included in GCSEs and becoming the youngest person ever to top The Sunday Times Giving List. 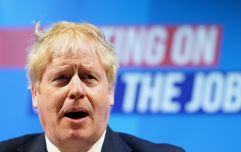 Word used to describe Boris Johnson the most is 'liar', poll finds

END_OF_DOCUMENT_TOKEN_TO_BE_REPLACED

Having returned to the Manchester United team after his injury - in good form no less - sections of the media were quick to jump on any suggestion of where his priorities may lie. His coach Ole Gunnar Solskjær had to clarify misconstrued quotes he had uttered regarding Rashford's responsibilities, declaring emphatically: "We are so unbelievably proud of what Marcus has done".

Think we speak for everyone when we say Sir Marcus Rashford MBE for Prime Minister, forever and always.