A champion of free speech, until it bites him back

This week's Elon Musk eye-roll moment comes after a resurfaced interview alleges that he told his wife "'I am the alpha" during their wedding reception.

END_OF_DOCUMENT_TOKEN_TO_BE_REPLACED

The Tesla founder was married to Justine Musk from 2000 to 2008 before splitting and marrying actress Talulah Riley in 2010 and again in 2013. As Musk battles allegations of exposing himself to a SpaceX employee, an interview Justine did in 2010 with Marie Claire has resurfaced - and it's not good.

"There were warning signs," she wrote. "As we danced at our wedding reception, Elon told me, 'I am the alpha in this relationship'. 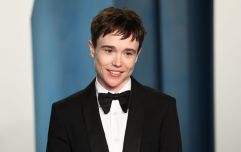 END_OF_DOCUMENT_TOKEN_TO_BE_REPLACED

Justine "shrugged it off" but soon realised that Musk was not joking.

"He had grown up in the male-dominated culture of South Africa, and the will to compete and dominate that made him so successful in business did not magically shut off when he came home," she explained. "This, and the vast economic imbalance between us, meant that in the months following our wedding, a certain dynamic began to take hold."

Justine also spoke on Musk's controlling nature and would tell him, "I am your wife, not your employee."

In response, the Tesla visionary said if she was his employee, he would fire her.

In response to the growing allegations against him, it appears as if the world's wealthiest man is setting up a "litigation department."

Tesla is building a hardcore litigation department where we directly initiate & execute lawsuits. The team will report directly to me.

"There will be blood," he tweeted, despite being a very vocal supporter of "free speech."

What is an Alpha?

The term alpha is usually used to describe the head animal in a pack of wolves, despite the creator of the phrase retracting previous statements and saying that so-called Alpha dogs just aren't a thing. Instead, he said wolf packs are family-based.

However the word has been adopted by men insisting that they are somehow above other men. Usually, the term is tied to misogynistic ideals and right-wing commentary that believe women should remain in the kitchen.

Needless to say that most people don't take the "alphas" very seriously.