Get ready for Big Yeetus

Fall Guys: Ultimate Knockout has been arguably the biggest thing in gaming in 2020 far. The online-multiplayer game has mixed up Takesjhi's Castle, Total Wipeout and Ninja Warrior with a dash of J-pop kawaii cuteness and some very bright colours to become one of the most addictive things on the PlayStation 4 and Steam.

END_OF_DOCUMENT_TOKEN_TO_BE_REPLACED

With many of us still stuck inside, it has become the phenomenon of the summer, gaining 1.5 million players in just its first 24 hours of being available, and breaking the record for the most downloaded PS Plus game ever.

There's only one problem with though. There are only 23 mini-games, and while nearly all of them are tremendous fun, you will quickly see all of them. Fans are eagerly awaiting new content.

A second season of the game is in the works, but we now have the game's first miid-season update, with some new tricks up its sleeve.

So what's new? Well, the main this is Big Yeetus, a giant hammer that will randomly appear and smack you flying.

I've got a SPICY LEAK for you all

We're working on a little something that we have been calling...

Big Yeetus will randomly appear in levels - to shake things up

Big Yeetus is not your friend

"There have been rumblings across the community about a certain large and rather aggressive hammer obstacle roaming the rounds, apparently intent on causing further mayhem for the Fall Guys," says the press release. "Details are sparse, but one thing we do know is that their name is Big Yeetus and they’re a-coming!" 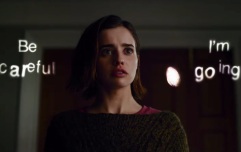 END_OF_DOCUMENT_TOKEN_TO_BE_REPLACED

And while there are no new levels yet, the mid-season update does promise lots of tweaks to existing ones.

"Players will quickly realise that all is not what it seems in The Blunderdome. Familiar favourites will have to be tackled in all-new ways, with the addition of dozens of obstacles, dizzyingly random rotations and of course, plenty of tumbling fruit. And what’s more, players will have no idea when these changes will occur—no bean’s dignity shall be spared!"

Developer Mediatonic have already implemented 'Anti-Cheat' measures to stop ruining the game for everyone.

So if you haven't given Fall Guys a go yet, we definitely recommend taking the plunge. Just expect to lose a lot of hours to the colourful jellybeans.