The definitive ranking of Haribo Starmix jellies from worst to best

In accordance with GDPR guidelines, please ensure that you're ready for this jelly

Haribo Starmix jellies are delicious and perfect, that is a ironclad fact and it is not up for discussion here today.

The question now is how can we use such a pure and satisfactory treat to create conflict, mass unrest and potential death threats? Easy. I have decided to rank Haribo Starmix from worst to best, based entirely on my own personal taste.

The criteria for this ranking system is simple, if a friend offered you a Haribo, which one would you pick first, second, third and so on. Obviously because I have written this myself, the list is entirely subjective but that shouldn't distract us from that fact that all decisions are final and 100% correct.

So, here's the definitive ranking of every jelly in a packet of Haribo Starmix. Please do not @ me.

Folks, we need to stop fooling ourselves. These adorable bears are garbage. They're too small, they lack flavour and maliciously hide in the corner of the bag meaning they're in serious danger of getting thrown in the bin (tbh where they belong). Their texture is too hard for our sensitive little mouths and there's not much flavour gained in exchange for your decision to eat one of them. Far more superior jellies exist in the packet. 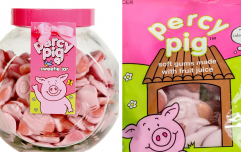 END_OF_DOCUMENT_TOKEN_TO_BE_REPLACED

If a friend offers you a jelly, the absolute last one you're going to pick is a chewy bear because you may as well just choose nothing and be left with the same end result. You would need to consume roughly 5,000 bears to achieve the desired level of flavour and overall snack satisfaction. If Haribo removed the bears from their Starmix in the morning, the world would not shed a single solitary tear.

The main issue with cola bottles is that they are simply just okay. Nothing mind-blowing, nothing too offensive, they are just about acceptable. Credit where it's due, they've got a substantial thickness, meaning you feel as though you're getting some value for your choice of jelly thanks to its meaty texture. The flavour is exactly as expected and there is a sufficient amount of chewing involved.

I like to think of plain cola bottles as the third Hemsworth brother. His siblings, the sour cola bottles, are known and adored worldwide, while nobody really knows his name. If he was the last Hemsworth left on earth you would begrudgingly cast him in your film. He's a decent guy, what you see is what you get, but you're absolutely not going near him of your own volition if his handsome brothers are available nearby. 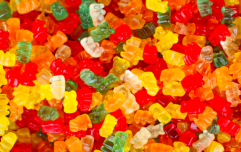 END_OF_DOCUMENT_TOKEN_TO_BE_REPLACED

If it wasn't for their versatility, the rings would be bottom of the list, I assure you. What they lack in flavour, they more than make up for in possibilities. You can wear those rings on your grubby little fingers all day and they'll still be there waiting for you when you get home. But how on earth do you get the ring off? By aggressively biting it, obviously. Why stop with fingers, put them on your toes, put them in your ears, put them up your butt if you want.

They come in a variety of colours which is tremendously exciting, and much like Ant and Dec, you forgive their shortcomings because they're good, wholesome fun. You can eat them whole, stretch them until they break, propose to someone, eat them in order of colour or even adopt them as this season's hottest fashion accessory. The struggle of everyday life is momentarily worthwhile when you have a jelly ring on your finger.

No, they're not bloody spaceships, they're eggs. These delightful sons of bitches are an exceptional inclusion in a packet of Haribo. The only issue surrounding them is that you get roughly one per packet of Starmix and that is simply unacceptable on Haribo's behalf. I see what you're up to, Haribo. Filling those tiny packets up with bears and rings so that more eggs won't fit. We need our protein!

The best part about jelly eggs is biting the yolk off first, then sucking on the white bit and pushing your tongue through the weakened middle as a result of removing the yolk. It's borderline sexual, but it's also the purest thing you can do on a workday afternoon. If you eat them whole, you are a sociopath and I recommend scheduling an appointment with your local GP at your nearest convenience to be humanely put down.

Moment of appreciation for the greatest jelly in a packet of Starmix, ladies and gentlemen, the humble love heart. Everything is perfect. The colour, the flavour, the ratio of jelly to white chewy stuff, it's all spot on. You can eat it whole or, if you're feeling ambitious, dissect the top part from the bottom and feel the closest sensation to being a surgeon that you'll ever feel in your shitty little life.

The jelly hearts are proof that you can have it all. Style, substance, flavour, texture. Everything. Again, similar to the egg situation, we need to get a system put in place where there's a larger distribution of these angelic souls in each packet because anything less than five is unacceptable. Unfortunately, it's hit and miss these days and no doubt Brexit is to blame. Either way, jelly love hearts, today is your day and the crown is deservedly yours <3


popular
James Milner says he is "falling out of love" with football because of VAR
QUIZ: Can you identify these cities highlighted on a map?
Jurgen Klopp argues with BT Sport interviewer over kick off times
The JOE Friday Pub Quiz: Week 219
VAR would have disallowed Maradona's solo goal vs England, BT Pundits say
Donald Trump paid $3 million for recount that uncovered more Biden votes
QUIZ: How well can you remember the movie Elf?

You may also like
Entertainment
Mad Men but with Pixie Sticks instead of cigarettes
Food
Wilko's pick and mix is half price all this week, so get stuck in
Food
Twitter has gone wild for Percy Pig's spooky Halloween makeover
Food
You can now buy a WHOLE BOX of the best Celebration sweet by far
Food
Marks & Spencer are selling a roast deal for £8 that includes a joint and two sides
Next Page