James May is getting his own cooking show

A cooking show made by a man who can't cook

Jamie Oliver. Gordon Ramsay. Keith Floyd. And now there is another name to add to the list of great TV chefs: James May.

Yes, really. The Grand Tour star is going to be hosting a cooking show for Amazon Prime Video, even though he admits he can't cook.

That's kind of the hook of the show though, it looks like - we're meant to learn along with him as he goes. 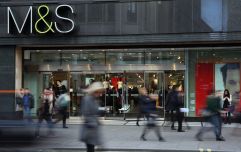 END_OF_DOCUMENT_TOKEN_TO_BE_REPLACED

"James May a.k.a Captain Slow is set to return to Prime Video with his sophomore solo instalment, this time in the format of a brand-new cookery series, James May: Oh Cook. There’s just one thing we should mention…"

"James May is not a chef. But that’s the whole point: you don’t need to be a brilliant cook to make delicious food. Transporting us to the Far East, the Med, and the local pub – all from the comfort of a home economist’s kitchen – he’ll knock up delicious recipes that you can actually make yourself, with ingredients you can actually buy. And all without the usual television cooking format trickery."