The greatest bodybuilder of all time has spoken

Arnold Schwarzenegger has revealed the unconventional lifting techniques he used to build muscle during his heyday as one of the most successful bodybuilders ever. 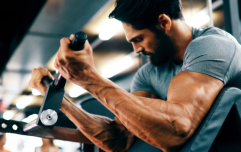 END_OF_DOCUMENT_TOKEN_TO_BE_REPLACED

Long before making the move into acting and then politics, Schwarzenegger won seven Mr. Olympia titles before retiring in 1980.

Even now, at the age of 74, the Austrian Oak continues to hit the gym hard in between his filming commitments.

He made 52 kilogram bicep curls look easy, for starters, before taking over half his bodyweight for a ride on the T-bar row. 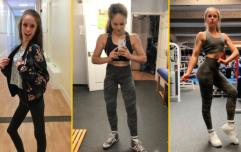 END_OF_DOCUMENT_TOKEN_TO_BE_REPLACED

Arnold also sends out a weekly newsletter to his followers with much of it focussed on fitness, nutrition and training.

In his most recent update, he reveals the workouts he used to follow during his competition days, in order to build as much muscle as possible. 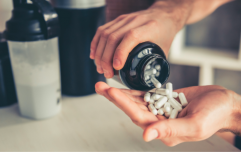 END_OF_DOCUMENT_TOKEN_TO_BE_REPLACED

Many people assume that bodybuilders base their training around fixed-motion machines and light weights being lifted for a high number of repetitions.

This is certainly the case for modern day bodybuilders such as Jay Cutler, for example.

But Arnold's training was a little different.

Much of his mass-building was based around powerlifting and strongman-style training, instead.

Writing in his latest newsletter, the 74-year-old explained how he actually entered powerlifting competitions while living in Austria - even benching as much as 525 pounds (around 240kg).

"In those days, that was a big lift," he said - and it still is. But you wouldn't see many bodybuilders follow suit nowadays due to the inherent injury risk.

Schwarzenegger added that he "loved mixing in powerlifting with bodybuilding", often working up to a three-rep max.

"You don't have time for the gym?! That's the biggest bullshit I've ever heard!"

Most bodybuilders aim for a high number of reps, way beyond three, in order to flood the muscles with sufficient blood and sarcoplasmic fluid to trigger muscle growth.

But there was method in Arnold's approach.

If you base your workouts on strength rather than size, you'll be able to perform high-rep isolation exercises with a much heavier weight when it comes to that aspect of training.

Why lifting heavy might be better for weight loss

Lifting heavy (rather than light) weights is also a proven method for burning fat in the gym - though many would have you believe the opposite was true.

Think of it as simple physics - the heavier an object, the more energy you must use to move it.

This was proven in a study conducted by Greek scientists, who compared lifting heavy to lifting light weights. To do this, they split guys into two groups:

The heavy lifting group did not manage as many reps - but their weight loss results were more impressive.

Their metabolic rate was increased to a greater extent than those lifting lighter weights. This improved metabolism also lasted for three days after leaving the gym.