Sexy Beast is one of the greatest British crime movies of all time. But instead of being just your standard cockney knees-up, Guy Richie-aping gangster flick, it is a weird, surreal, existential, visually inventive movie like no other. 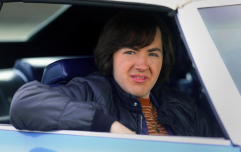 END_OF_DOCUMENT_TOKEN_TO_BE_REPLACED

Directed by music video genius Jonathan Glazer (who would go on to freak us out even more with Under The Skin), it starts with ex-con Gary Dove (Ray Winstone) enjoying retirement in Spain, when London mob enforcer Don Logan (Ben Kingsley) flies out to get him to do one last job. Don Logan is one of the scariest movie villains all time – Kingsley was previously best known for winning an Oscar for playing Ghandi, and suddenly he was this terrifying London gangster, screaming in Ray Winstone’s face.

Now Deadline have revealed that a prequel TV show is going to be made by Paramount.  Normally, any classic film being turned into a TV is not a good sign – anyone remember the Lock Stock and Two Smoking Barrels TV show? Or did anyone actually watch that Snatch TV show with Rupert Grint?

However, this show is going to be created by one of the men behind The Sopranos. Michael Caleo was a writer on the superlative HBO show, and will handle the adaptation. Louis Mellis and David Scinto, the writers of the original film, are on-board as executive producers. 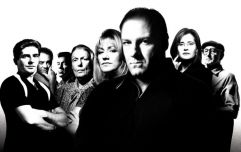 END_OF_DOCUMENT_TOKEN_TO_BE_REPLACED

The show will reportedly serve as a prequel to the movie, focusing on how Gary Dove worked his way up through the underworld as a master thief, forming his partnership with Don Logan, and how he started working for crime boss Teddy Bass (played by Ian McShane in the original film). Deadline also say it will be set in London, in the 1990s – so we aren’t getting some terrible Americanisation or anything.

popular
Incredible case of the only known individual whose parents were two different species
TikTokers are utterly convinced there is a secret zombie apocalypse going on in China right now
Time traveller’ claims to know exact date Queen will die
Women need to be dating men 10 years older than them, says relationship coach
Jealous man glued wife's vagina shut as he caught her cheating with four men
The Gambia tells UK grandmothers to find their toy boys from somewhere else
Darius Danesh opened up about his health struggles before his tragic death aged 41
You may also like
Television
When Paulie Walnuts met the Prime Minister
Entertainment
The Sopranos prequel film casts James Gandolfini's son as the young Tony Soprano
Entertainment
A younger version of Tony Soprano will feature in The Sopranos prequel film
Entertainment
The Sopranos prequel film is set to cast a character that had a major influence on the Mafia epic
Entertainment
OFFICIAL: The Sopranos is being turned into a film
Next Page