For a timely reminder of this, look no further than what good ol' X Factor served up for us all on Sunday night. 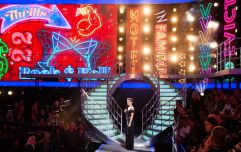 END_OF_DOCUMENT_TOKEN_TO_BE_REPLACED

Instead of the usual sob story shit we're used to getting from the singing contest - which will crown its next winner in December - Sunday's episode saw a marriage proposal.

But wait. Not everyone does agree...

Some eagle-eyed viewers believed that, in actual fact, Sam's heart-meltingly beautiful, off-the-cuff proposal was actually something the makers of the show knew full well was going to happen.

This suggestion came after Emma appeared on stage and a microphone pack was attached to her back, prompting fans of the show to suggest that the proposal was pre-planned and not the big surprise it was made to appear.

That proposal on X factor was cute and everything but did I spot a microphone pack already on her....?

What a fix on x factor him proposing!

She had a microphone attached to her!

Why am I watching X factor?!! when it's incredibly set up and fake

I LOVE A FAKE PROPOSAL ON THE X FACTOR 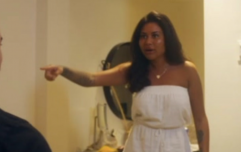 END_OF_DOCUMENT_TOKEN_TO_BE_REPLACED

But hold your horses, folks. It turns out there is a genuine reason for Emma being mic'd up. A statement released by the X Factor says that friends and family of the contestants are wearing microphones so that people watching can hear their reactions in full.

A spokesperson for the show told The Sun Online:

"All friends and family that are sat in the audience are mic'd up as a matter of course, so audiences at home can enjoy their reactions to the auditions.

"Sam Black's fiancé Emma Smith was completely unaware that he was planning to propose at Bootcamp".

As we said at the top: romance ain't dead.