There's new terrifying details about the IT film

We all float down here.

It's arguable that the new version of Stephen King's beloved novel IT is the most anticipated film of the summer. Hell, the new trailer smashed records and audiences are patiently waiting for even more footage.

END_OF_DOCUMENT_TOKEN_TO_BE_REPLACED

Well, the wait is nearly over because a new trailer was unveiled at ScareDiego festival and it has been described as 'terrifying' and 'intense'.

Entertainment Weekly were on hand to provide a brief description of the memorable moments which include IT waving a hand at The Losers Club, but it’s not his own hand.

It’s a child’s hand, ripped off at the elbow which Pennywise has been nibbling on.

We also get to see more footage of Georgie Denbrough, Bill’s little brother, as he 'floats down here' with Pennywise before the demonic clown actually speaks for the first time.

Guys, I'm writing up this #ITMovie footage and you have no idea how right they've gotten it. @ITMovieOfficial #ScareDiego

Just saw a new trailer for "IT" full of clowns and the first time we hear PENNYWISE! #ScareDiego #SDCCWeFloat pic.twitter.com/VNIpjJRH8l

There's also a new IT trailer on the way, and it's absolutely terrifying. This movie is going to be a big deal.

The #IT footage/trailer they showed at tonight's #ScareDiego event killed with the crowd. I'm also a big fan of the Pennywise slow reveal. 🎈 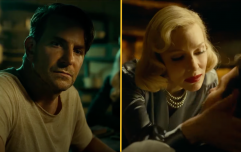 END_OF_DOCUMENT_TOKEN_TO_BE_REPLACED

In Stephen King’s novel, IT manifested itself in the form of a homeless leper, a werewolf and even the shark from Jaws. The director of the remake, Andy Muschietti, has been speaking with Variety about the new terrifying incarnations that IT will take in the upcoming film.

"The story is the same, but there are changes in the things the kids are scared of. In the book they’re children in the ’50s, so the incarnations of the monsters are mainly from movies, so it’s Wolf Man, the Mummy, Frankenstein, Dracula.”I had a different approach. I wanted to bring out deeper fears, based not only on movie monsters but on childhood traumas," he said.

We're also told that things are moving along nicely regarding IT: Part Two. “We are doing that. We’ll probably have a script for the second part in January. Ideally, we would start prep in March. Part one is only about the kids. Part two is about these characters 30 years later as adults, with flashbacks to 1989 when they were kids.”

We can't wait to see the new trailer as the premier date of September 8 draws closer.

popular
Dog owners using harness instead of collar could be hit with £5000 fine
Matty Cash closes in on switching international allegiance to play for Poland
Top 10 rugby stadiums in the world announced, but many English fans will disagree
Brazilian football star Hulk is having a baby with his ex-wife's niece
Daniel Craig says Bond shouldn't be a woman as they should have their own great roles
Martin Lewis issues 'emergency' energy warning to thousands of households
Maddie McCann’s ex-GP mum Kate returns to work on NHS front line
You may also like
Entertainment
Coco is officially the UK's favourite Pixar film, according to science
Entertainment
Michael K Williams: The Wire and Boardwalk Empire star found dead aged 54
Entertainment
HBO's film about one of the most dangerous amusement parks in the world is on TV tonight
Entertainment
Trailer drops for James McAvoy's completely improvised film 'My Son'
Entertainment
Robert Pattinson promises 'rage-filled' Batman in 'radically different' film
Next Page